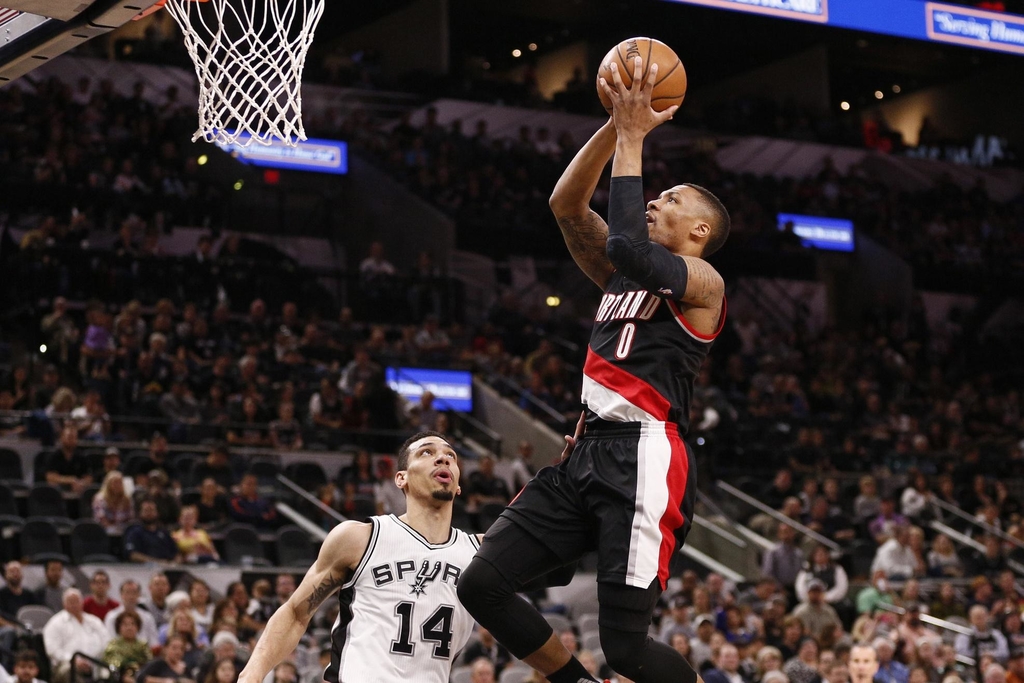 Kawhi Leonard had 34 points, including a pair of monster throwdowns, but it wasn’t enough.

C.J. McCollum chipped in 26 points for Portland, which was coming off a 23-point loss in New Orleans on Tuesday.

“That had to be probably our best win of the year,” Blazers coach Terry Stotts said. “To beat a team like San Antonio on the road. Not only that, but how we won. I thought it was one of our better games as far as staying focused throughout the game.”

(LaMarcus) Aldridge returned after missing two games with a minor heart arrhythmia. He was cleared Wednesday morning and does not have any playing restrictions.

“I feel good,” Aldridge said. “It felt good to be back out there. We didn’t get a win, so that’s kind of tough to deal with. (But) happy to be out there with the teammates, just be playing again.”