Damian Lillard: ‘You Got To Earn The Right’ To Use An NBA Ball 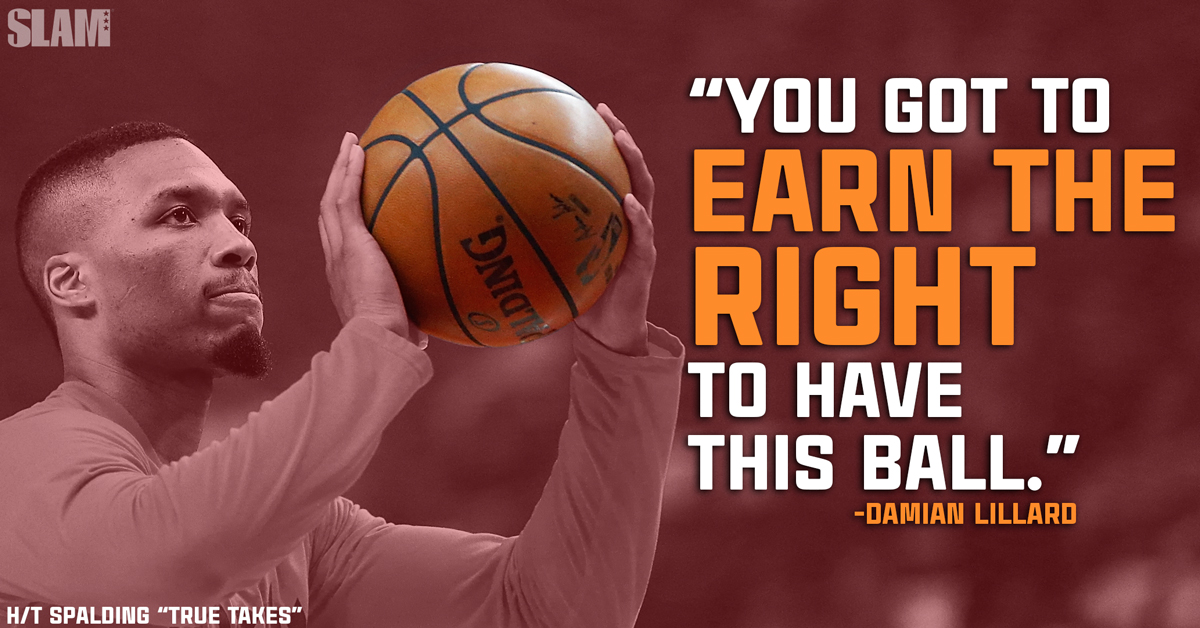 Blazers guard Damian Lillard explains why playing with the official NBA ball is a privilege and not something to be taken for granted.

In Spalding‘s “True Takes” video above, Dame says that he won’t even let his younger cousin train with an NBA ball yet.

“I take the ball out of his hands, and I tell him, This ain’t the ball you play with. You got to earn the right to have this ball and to shoot with this ball.

“That just goes back to me taking pride in this ball representing where I worked to get to.”

Looking back to the 2014 Playoffs, Lillard remembers how the ball “stuck to my fingertips” as he released the game-winning three to close-out the Rockets.

RELATED:
Damian Lillard: ‘I’m Not Joining Nobody’ To Pursue a Championship