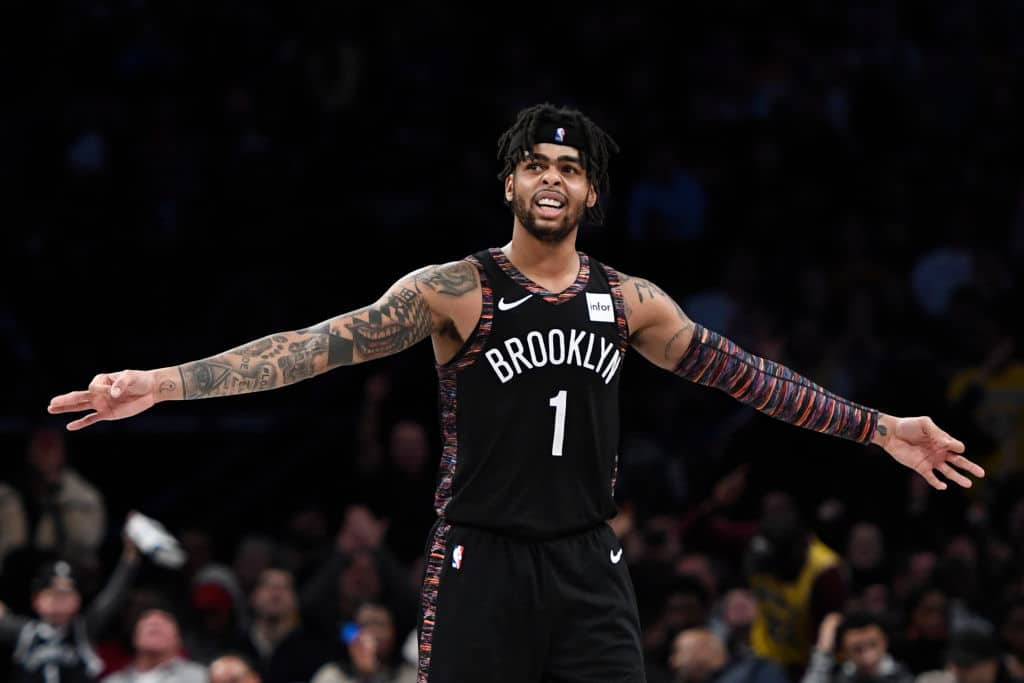 D’Angelo Russell says the “best thing” that has so far happened in his NBA career, is being traded away from Los Angeles to Brooklyn.

The Lakers parted ways with their then-21-year-old point guard—president of basketball ops Magic Johnson said Russell was not “a leader”—only to watch him blossom into an All-Star for the Nets this season.

When the Lakers traded away D’Angelo Russell, Magic Johnson said he needed a “leader.” Interesting… D-Lo now has his Nets in the playoff hunt, and he’s an All-Star for the first time. “I’m just riding that wave,” he says. https://t.co/nJFAoLvasY

Russell, 22, has thrived in his new home and has the Nets eyeing the postseason.

Russell was once part of the Lakers’ young core; today, he seems fortunate not to be.

Russell strives for the admiration of his peers. Back when he was traded by Los Angeles—and “kicked on the way out,” in his words—he took solace in the feeling that players around the league appreciated him, even if Lakers management did not.

“When the league respects you and then you have a guy like Magic coming out to say something like that, it’s like, I don’t care, I’m not playing against him,” he says. “I’m playing against my peers, and if my peers respect me, that’s all I can ask for.”

Yes, Russell has arrived. He’s an All-Star now, the leader of a playoff team. His winding past is an afterthought, irrelevant. “I am where my feet are,” he says. “There’s a reason I’m here, a reason I’m waking up, and this is what I see.”