D’Angelo Russell: Playing for the Warriors ‘Like a Video Game’ 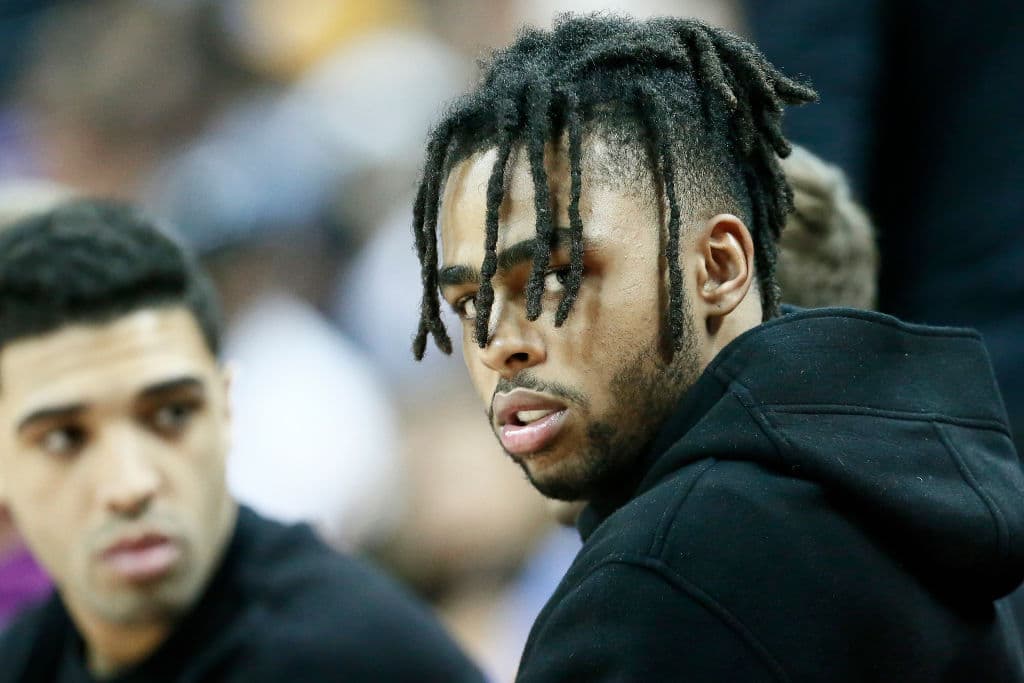 Russell, 23, adds that the Warriors will be very exciting to watch next season.

The All-Star guard is looking forward to “an opportunity to be a sponge” playing for the Dubs.

A backcourt of you, Steph Curry and Klay Thompson (once healthy) is pretty insane to think about – three All-Stars who can drop 40 any given night. How excited are you to play with those guys?

DR: “I think it’s like a video game. You got three guys who can shoot the three at a high clip. I think that’s really exciting for the fans. Threes are obviously worth more than twos at the end of the day, so I think it gives us an opportunity to win. I’m so excited, and I think we’re going to bring a lot of excitement [to the fans].”

Steph Curry is a two-time MVP and one of the best point guards in NBA history. How much can you learn from him and are you looking forward to picking his brain?

DR: “I think this situation gives me an opportunity to be a sponge. I can learn a lot from everyone: a Hall of Fame coach – one of the winningest coaches ever – and from three different players who are Hall of Famers. It’s cool, man. This is a Hall of Fame organization that I get to a part of.”

Are you expecting to play off-ball more since you’ll be sharing the backcourt with Steph at times?

DR: “The league has changed in so many ways. There are no point guards anymore, there are no centers anymore; it’s all positionless basketball. I think [we have] a lot of players out there who will just allow [me] to be a basketball player – not having to focus on running the team or being the defensive [anchor] or whatever. There are so many great talents out there that will just allow me to be a basketball player. It’s a situation where I can go in and not worry about being on-the-ball or off-ball or coming off the bench or whatever. I am just being a basketball player. If I have the ball in my hands, I’ll make a play. If don’t, I’ll try to get in position to make a play. I think that’s what it comes down to.”