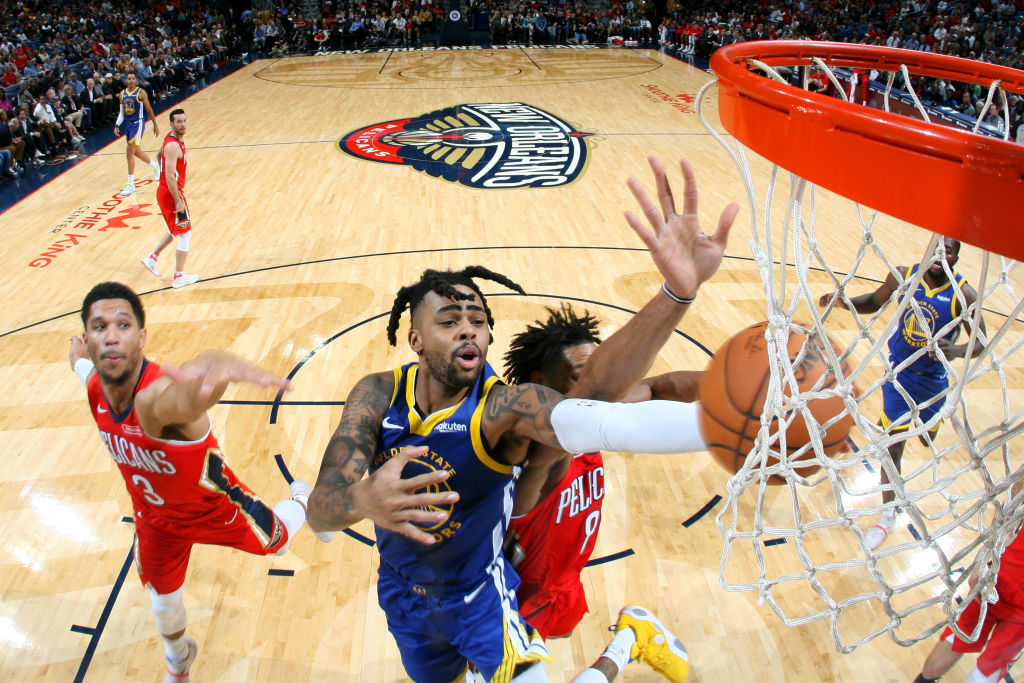 The Golden State Warriors have upgraded offseason addition D’Angelo Russell’s status to ‘probable’ on their official injury report, which means that the franchise obliterated by injuries could actually welcome back one of its fallen stars just in time for tonight’s matchup with the Timberwolves.

Russell has spent the past three games on the sidelines for the Warriors while recovering from a sprained ankle and has yet to truly take the reins of the franchise as an offensive focal point.

Assuming injured forward Draymond Green remains shelved for the foreseeable future with a torn ligament in his thumb, Russell would get the opportunity carry much of the offensive load for the Warriors.

In the five games that he has played for the Warriors this season, Russell has averaged 19.0 points and 6.4 assists per game.