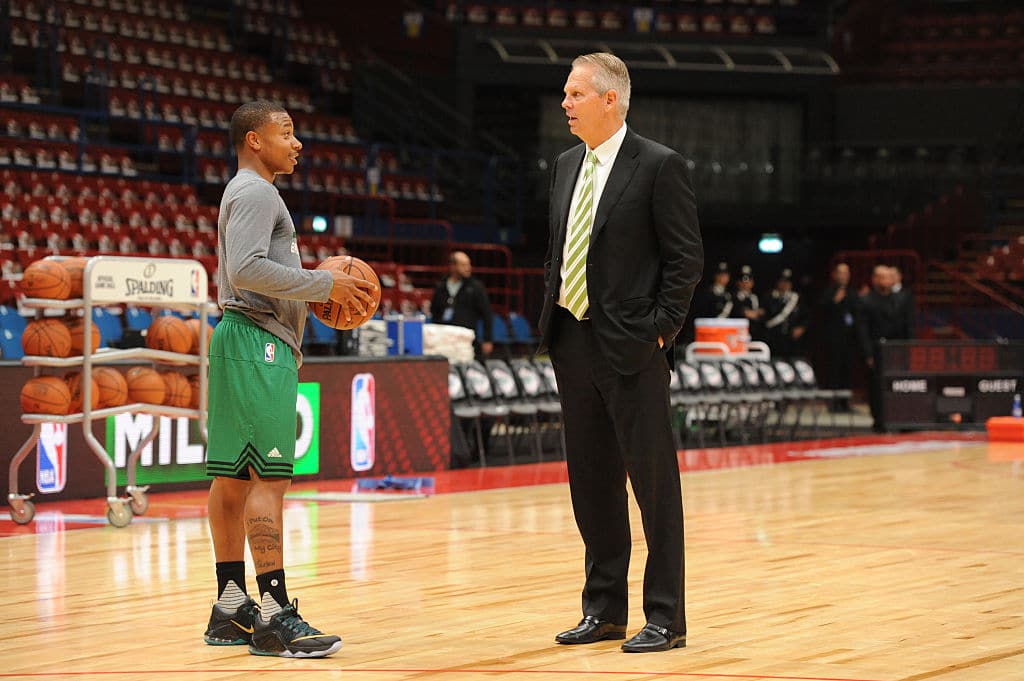 Isaiah Thomas says that, had the medical staff in Boston provided him with “more information” about his hip injury, he would have sat out last season’s NBA Playoffs.

“I do wish I had more information. It was never, ‘This could be something that could possibly shut you down for a while,’” Thomas said in a Christmas Day interview aired on ESPN.

“Because if that were the case, I definitely wouldn’t have played.”

Celtics GM Danny Ainge went to bat for his colleagues, arguing that the All-Star guard had been given a second opinion, and implying it was his decision to play through the injury.

Isaiah Thomas says he wishes he had "more information" on his injured hip when he was with the Celtics. Danny Ainge says the Cavs guard got a second opinion. What gives?https://t.co/lhzVHLjHKC pic.twitter.com/Xao1uk9LIg

Ainge, of course, ended up trading Thomas to Cleveland, where he has yet to suit up for the Cavs.

“I don’t know what he’s referring to,” Ainge said.

“I really don’t remember what he’s referring to.”

When asked whether Thomas received a second opinion on his hip, Ainge simply said, “Yes, he did.”