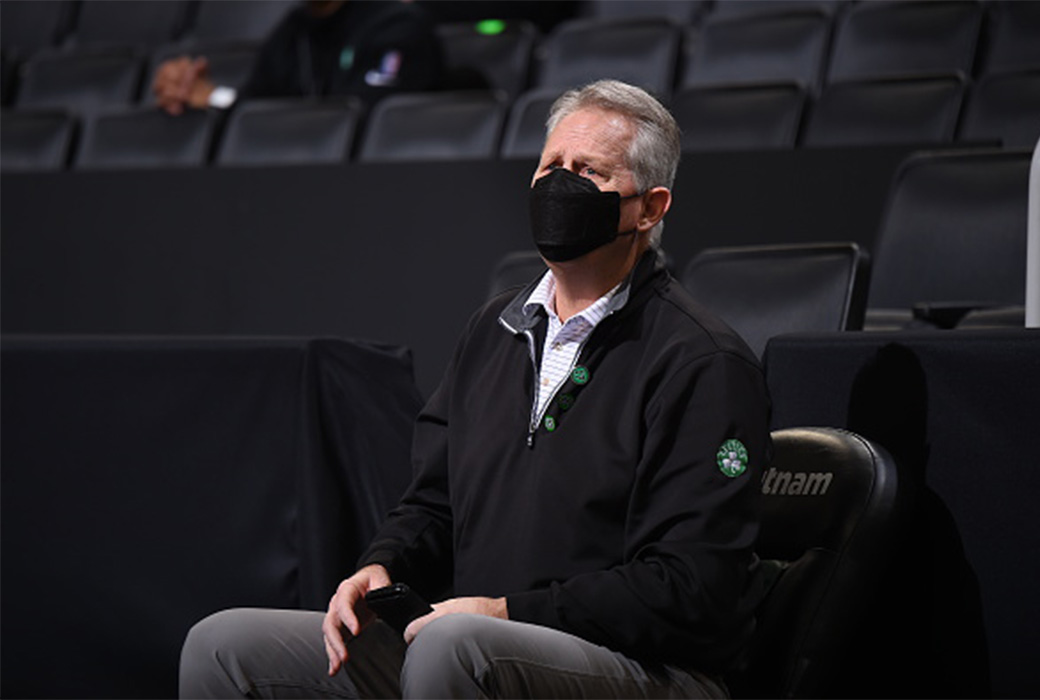 The Boston Celtics have struggled of late, going 4-6 in their last ten games and sitting at .500 on the season, good for sixth in the Eastern Conference. However, there is a lot of the season left and the talent on this roster is certainly good enough to turn things around.

Danny Ainge, General Manager, and President of Basketball Operations for the Boston Celtics, recently appeared on the Toucher and Rich show on 98.5 the Sports Hub, saying that the current Celtics roster isn’t good enough to win a championship with the way that they are playing.

“Our roster obviously is not good. I mean, we are a 14-14 team. There’s no if’s, and’s or but’s about it. That’s who we are. This team, where we are, 14-14, if there’s somebody to blame, this is Danny Ainge to blame. This is not Brad Stevens. It’s not Jayson Tatum or Jaylen Brown. It’s like not good enough right now. And we all know that. And, you know, we need to get better.”

A lot of the hurdles that Boston has faced are in the form of injury and health and safety protocols. Nearly every player on their roster has missed time for one reason or another. Ainge would go on to talk about what the team can do to improve after this rough stretch.

“I think that the easy answer is obviously we haven’t played [as] well as we expected. But–and this is not a spin and this is not an excuse–I’m just saying that our starting team–that we envision as a starting team–has played 20 minutes all year. We just haven’t gotten any sort of consistent flow or groove. We’ve had great moments, good games, good wins, and just a lot of stinkers.”

By late next month, there is a chance that the Celtics could be at full force with a healthy roster. When that time comes, they should once again be among the best teams in the NBA. However, it’s what they do in the meantime that will determine how much of a hole they will have to dig out of.