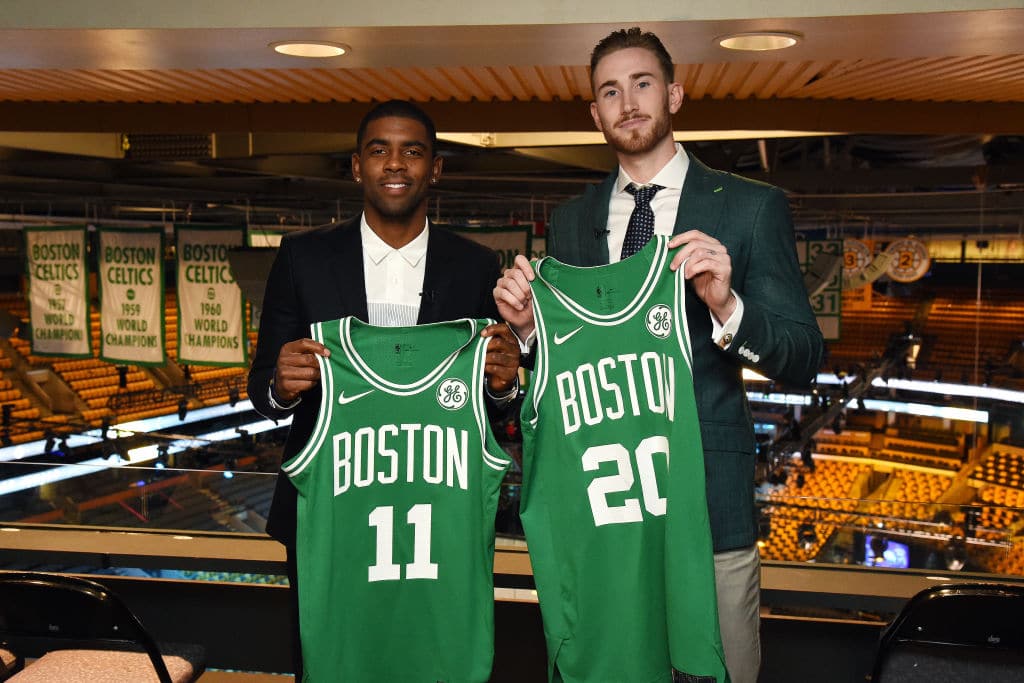 Hayward sat out all of last season due to a broken ankle, and Irving missed the playoffs following knee surgery.

“If our training camp were starting today, [Kyrie Irving and Gordon Hayward] would be here today going full speed.”

Irving and Hayward headed back to Boston next week and should be ready for 5-on-5 work.https://t.co/4XvQ5mw7qd

Ainge reports that both stars are cleared for five-on-five action.

“I don’t want to hype it up too much, but I’m saying that if our training camp were starting today that they would be here today going full speed,” Ainge said. “It’s not like they need an extra month. I think that they know they have an extra month, so they are sort of pacing themselves. They’re playing as if to build up to that opening day of training camp [Sept. 26].”

Celtics players have expressed excitement in starting 5-on-5 work after Boston brought back much of the same roster from last season’s squad that, even without Irving and Hayward, took the Cleveland Cavaliers to seven games in the Eastern Conference finals.

“I’m really excited about the upcoming season with [Irving and Hayward],” Ainge said. “Obviously, there’s a transition from rehabbing to playing one-on-one to playing 3-on-3 to 5-on-5 and then playing NBA basketball, so I don’t want to build up expectations too high. I think there will be a little bit of an adjustment once that last phase is made.

“But physically, they look great, and I think they’re very excited about the upcoming year.”