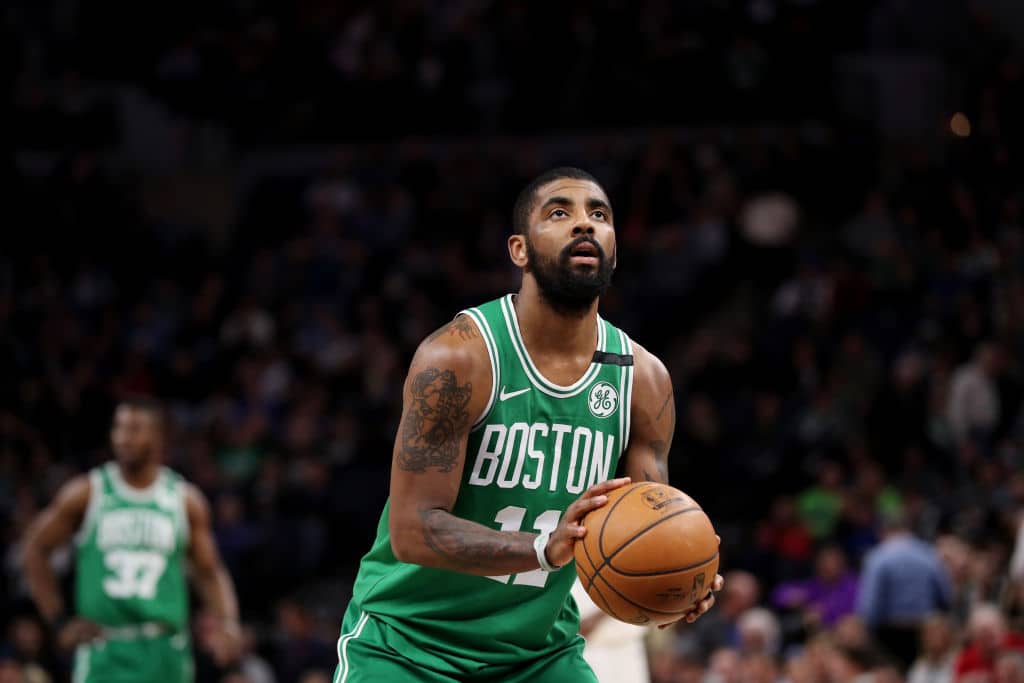 Kyrie Irving could require surgery on his “aching” left knee at some point, according to Celtics president of basketball ops Danny Ainge.

Danny Ainge confirmed Kyrie Irving "has some surgery that may need to happen" at some point. But Ainge expects Irving to be fresh and healthy for the playoffs. https://t.co/VCSEbS9dlB

Irving had surgery on the same knee after fracturing his kneecap during the 2015 NBA Finals.

“There was a lot of discussion (at the time Boston acquired Irving),” Ainge said Thursday during his weekly interview with 98.5 The Sports Hub’s Toucher & Rich. “And that was a big part of it going forward too was Kyrie had the injury. So we knew there would be maintenance issues, but his long-term prognostication is good. He’s going to have some maintenance issues here and there. We knew coming into this year that he probably wasn’t going to be an 82-game guy. He was going to be a 72-, 75-game guy in order to keep him fresh for the playoffs. And thats what it’s been. And we’re just extra cautious. We have the good fortune of being extra cautious right now. And we want him fresh and healthy. And we think that he will be come playoff time.”

Irving will reportedly need minor surgery at some point as a follow to his 2015 procedure.

“He has some surgery that may need to happen,” Ainge confirmed. “But maybe not this summer. Maybe the following summer or maybe the summer after that. I think that he could probably do it any time he wanted, but I’m not sure that it’s needed at this moment.”

Irving recently suggested he would prefer to avoid surgery if possible. Asked if the injury is something that will need to be “dealt with” at some point in the future, he replied, “I don’t know.” […] “I hope not,” Irving continued. “I’ve been down that road before. I’ve had a fractured kneecap already. So I think taking games like this, being smart about it probably will put me in a a better position not to be out for a long period of time. That’s the last thing I want to do.”