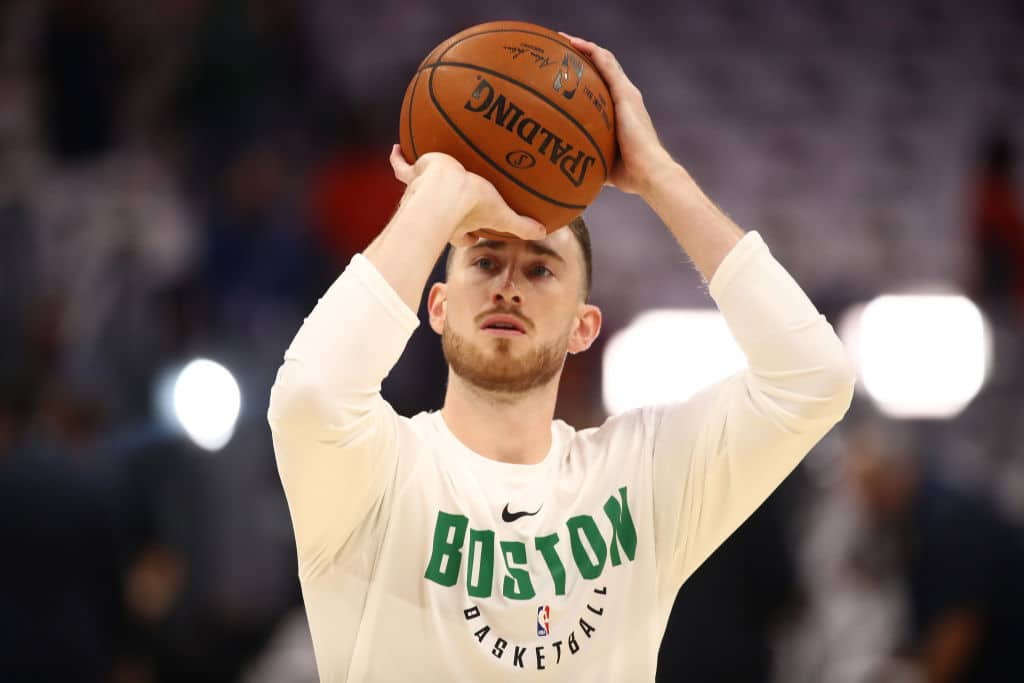 Danny Ainge made headlines last week when he said that Gordon Hayward had suffered a setback during his rehab from a horrific ankle fracture, a comment he attempted to clarify Sunday.

The Boston Celtics’ president of basketball ops says he misspoke, and that Hayward simply felt soreness after going an anti-gravity treadmill for the first time.

Ainge maintains that “it just doesn’t seem likely” that Hayward will play again this season.

“You know what? Sometimes I talk too much,” said Ainge. “‘Setback’ wasn’t the right word, so let me rephrase that because it’s not exactly true to say it — or say it that way.

“What happened is he went on the AlterG [anti-gravity treadmill] the first day and he felt some soreness. It was the first day he tried the AlterG, a long time ago. He just wasn’t ready for it at that point. That’s all it was.

“So I think ‘setback’ is the wrong way to put it. I mis-phrased that. I’m not sure what the right word is, but he wasn’t ready for that. So we waited a couple of weeks before we started that again, and since we started that again it’s been great and he’s progressed along on the AlterG. That’s all. It wasn’t like he had an accident or anything like that.

“I used the word ‘setback,’ and it became a headline. Like, ‘Oh, setback.’ It got blown out of proportion. It’s my fault. I’m not blaming anybody. ‘Setback’ was probably too strong of a word.”