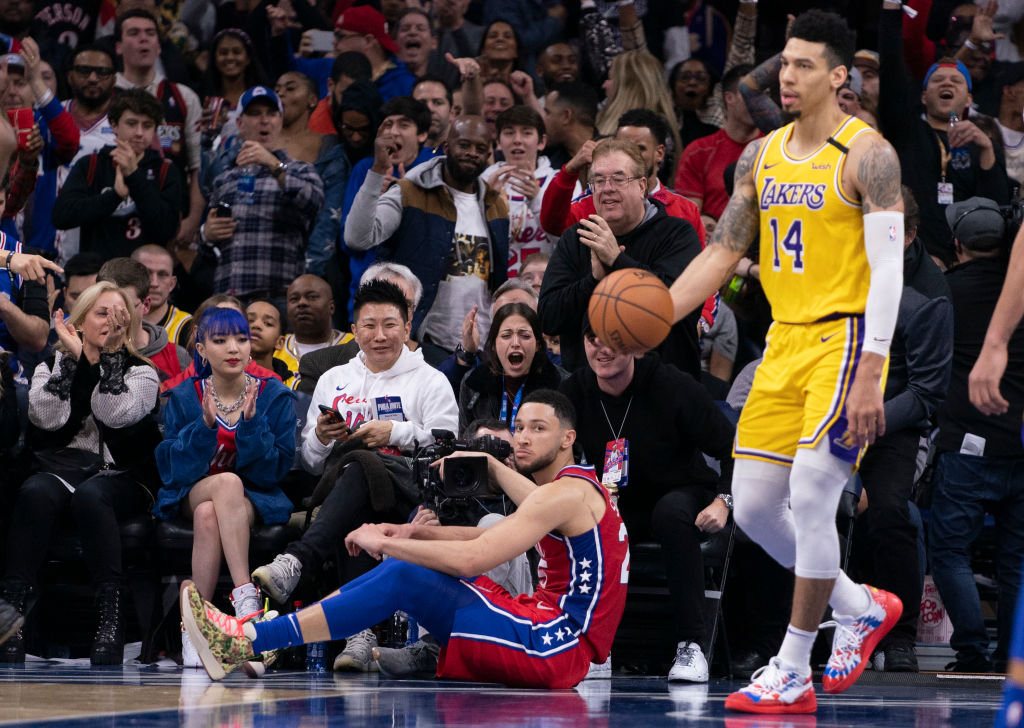 As the newest member of the Sixers, Danny Green will be a key player on the floor as well as a veteran leader in the locker room.

Green recently said on his podcast, Inside the Green Room, that he’s putting it on himself to help teammate Ben Simmons get more comfortable taking jump shots.

“You know, you can’t be afraid to take those jumpers…You’re not a bad shooter, it’s all confidence and mental. I’m going to try to take it upon myself to challenge him…Maybe taking one corner three a game.”

This would be a jump for Simmons, who has struggled with spacing the floor and making jumpers throughout his career. In fact, he rarely takes shots outside of the paint. According to Basketball Reference, last season Simmons shot seven three-pointers and only .942 of his shot attempts were inside of ten feet.

Simmons has recently said that while shots are important, winning is the priority:

“It’s important to make shots, but it’s more important to win so however the win happens, it happens,” Simmons says, per Sixers Wire. “I know Doc and Sam (Cassell) are going to put me in the right positions to do that and be dominant so I’m just looking forward to getting out there and seeing what they have to offer in terms of my situation on the floor and where I’m going to be.”

Even if Simmons isn’t a deadly shooter, changing up his shot selection would make all the difference when it comes to offensive floor spacing. Shooting a respectable clip in the mid-range and beyond the arc would require defenders to play up on him rather than sag off.