Daryl Morey: Rockets Could Have the ‘Best Offense Ever Put on the Floor’ 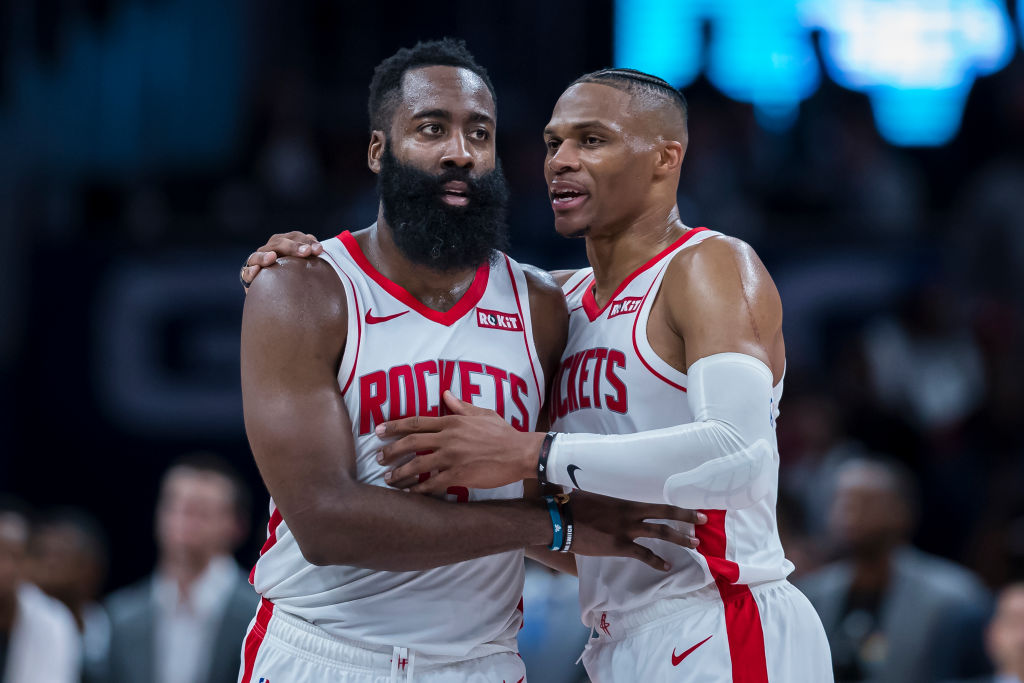 The 4-3 Rockets could have “the best offense ever put on the floor,” believes general manager Daryl Morey.

Morey adds that Houston has the potential to be a top-10 defense: “That’ll be a formula to win the title.”

The front-office is particularly with how well James Harden and superstar teammate Russell Westbrook have so far meshed.

Are you surprised by how Russell Westbrook has looked early on? Or were you always convinced he would hit the ground running?

Morey: “You know, I think it’s similar to when we got Chris Paul. I think both have been better than expected. I thought it’d take a little bit longer for everything to start flowing and working together. But I think from minute one, Russ and James have really played off of each other really well.”

Speaking of Russell and James and the team, the defense hasn’t been good at all, but are you seeing spots or stretches during games where you believe this could be a good defensive team?

How are you taking to the faster pace of play the Rockets are showing this season?

Morey: “I really think we could be the best offense ever put on the floor. Now we’ll see if we can back that up, but our transition has been really good. Obviously, last year, we were one of the best halfcourt teams ever. There have been times where we’ve combined those two things and looked really good. Sometimes our transition has fallen off, sometimes our half-court (offense). But if we pull it together like I think we can, I think we’ll be the best offense in the league and a top-10 defense. That’ll be a formula to win the title.”