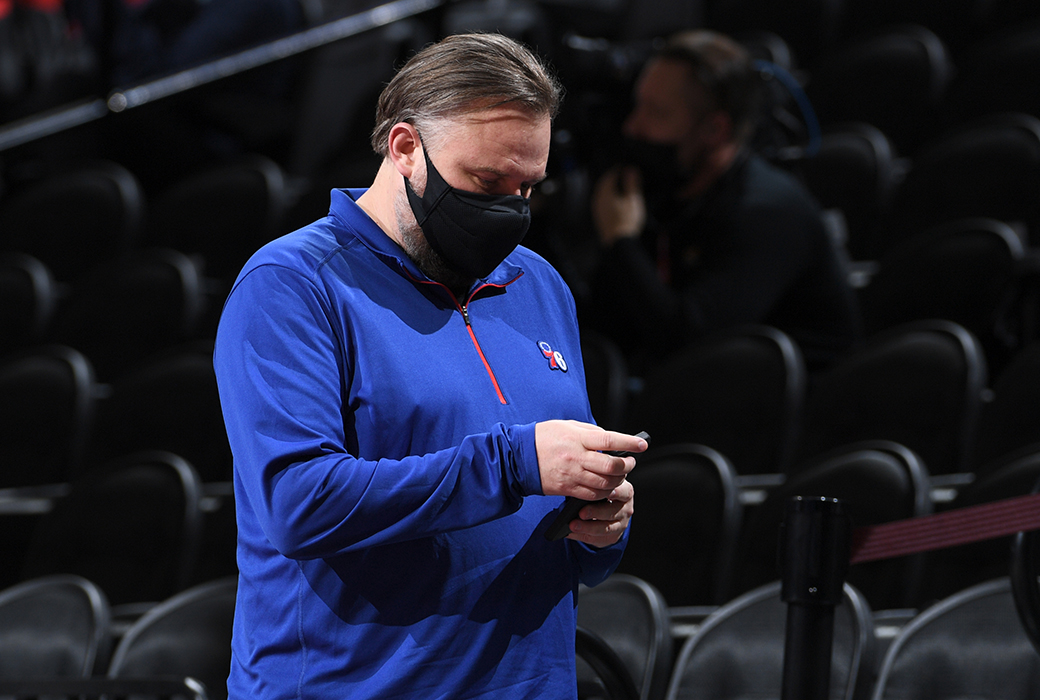 Both President of Basketball Operations for the Philadelphia 76ers Daryl Morey, and the 76ers organization itself, have been fined $75,000 dollars for violating the NBA’s anti-tampering rule for a tweet Morey sent out on June 3rd.

Morey’s tweet-in-question is a screenshot of Warriors star point guard Stephen Curry’s Instagram post congratulating his brother Seth Curry for his 30 point performance against the Washington Wizards. Accompanying the photo, Morey tweeted out “join ‘em:” a not-so-subliminal message to Stephen that if he can’t beat the 76ers, the next best option would be to make the city of brotherly love a permanent destination. The tweet racked up over 16,000 likes.

Morey defended the post in a subsequent tweet, asserting that he was simply noting that he was thrilled that Seth Curry is on the 76ers (Curry was one of Morey’s first acquisitions upon joining the 76er’s front office).

“My goodness folks I am talking about the fact that we are all thrilled @sdotcurry is here with the @sixers — nothing else!” Morey then tweeted.

The League, however, seemed to disagree.

$75,000 fine from the league for Daryl Morey’s tweet involving Steph Curry the other day pic.twitter.com/zkXJCwV4XE

This is not the first time Morey has been the target of a tampering fine from the League; in December 2020, he was fined $50,000 for reposting an old photo celebrating James Harden breaking the Houston Rockets franchise assist record (at that time, the trade market for Harden was in full swing, and many believed the 76ers to be front runners). Morey claimed the tweet was automated, and not intentional.

Stephen Curry is slated to become a free agent after the end of next season.