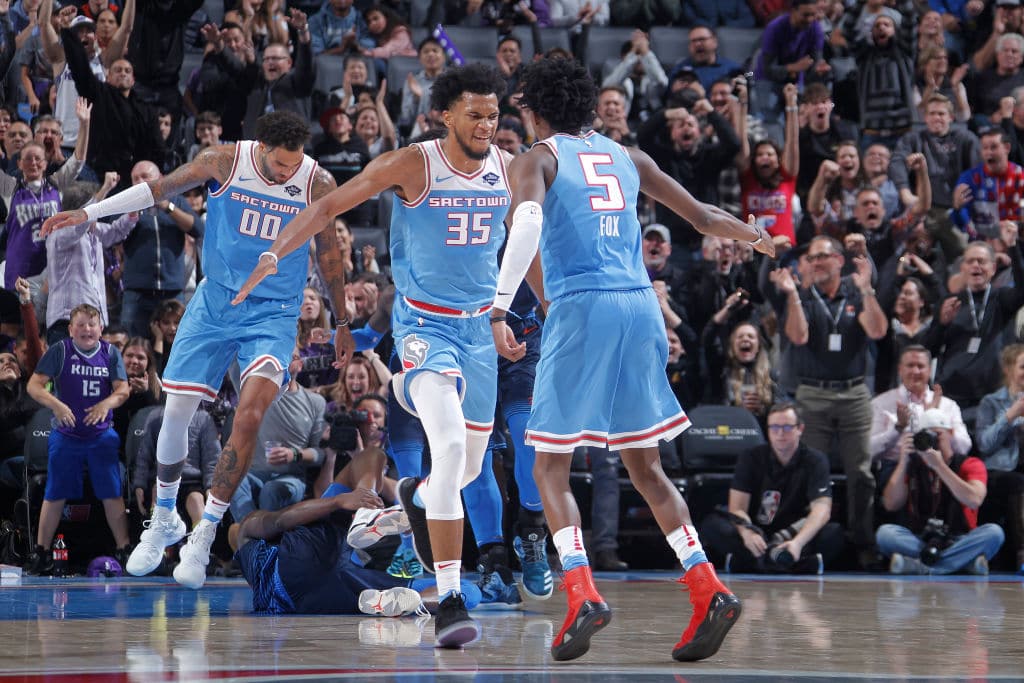 Kings head coach Dave Joerger says Sacramento has the “next Durant-Westbrook” in the young duo of De’Aaron Fox and Marvin Bagley III.

It was Joerger’s tortured attempt to clean up the mess he found himself in after heaping praise on Luka Doncic.

"When we drafted Marvin at 2, we were high-fiving like crazy. We got the right guy for us. This isn't going to be a story in 3 days and it'll be definitely buried 5 yrs from now when we have the next Durant-Westbrook. That's how good they're gonna be."

Joerger insists he wasn’t criticizing Sacramento’s front-office for not drafting Doncic this past summer.

Kings coach Dave Joerger on Luka Doncic comments: "All we were trying to do was say something positive about another team’s player." https://t.co/Qw7zPUNTIE

“It was all out of love and positivity, but people try to turn it into something between (Kings general manager) Vlade (Divac) and I,” Joerger said, adding how tight the two are.

Joerger was complimentary of Doncic before Sunday’s game in Dallas. The Slovenian forward was selected one pick after the Kings drafted Marvin Bagley III at No. 2 overall.