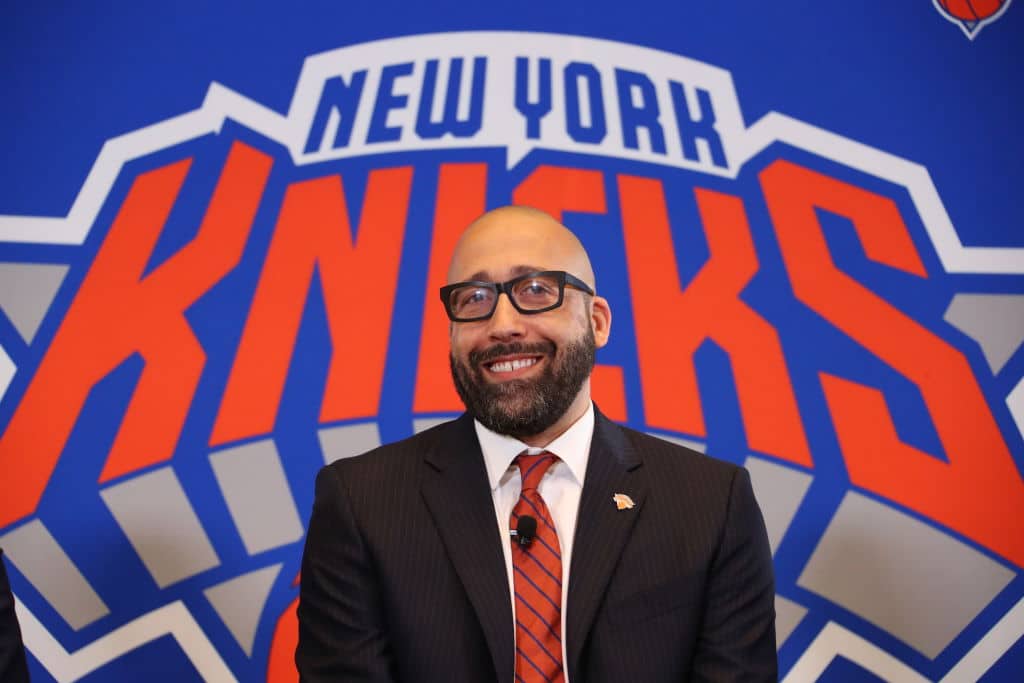 Fizdale thinks the team’s culture and a healthy Kristaps Porzingis will be enough to draw a marquee name to MSG in July, 2019.

It's a stars league, and David Fizdale believes the Knicks can land some. Fizdale thinks Knicks can "make some big moves" next summer: https://t.co/xTNaKbdh2u

Kevin Durant, Kyrie Irving, Klay Thompson, Kawhi Leonard, Jimmy Butler, Kevin Love and Kemba Walker could all be on the market in 12 months, and Fizdale knows you need multiple stars to win in the NBA.

“Scott [Perry] and Steve [Mills] have done an incredible job of lining it up so that we’re in a position next summer to make moves,” Fizdale said. “I just feel like with the relationships we’ve built and our approach to the game and our view of players and the way we view guys and the way we treat guys and the culture we want to build, I really think we’re going to find somebody who fits the bill.

“As we get our culture in place, [Kristaps Porzingis] gets healthy, we start moving into next summer, I really feel like we’ll have the bricks in place to make some big moves.”

The Knicks are confident that they can open the cap space to sign one max player, but their hope is to clear the decks to sign two.

“One just won’t do it anymore,” Fizdale said. “We saw it with the greatest player in the world. It’s hard. And K-Love is no slouch. He’s a multi-All-Star player. So it’s just really tough. And now with what’s going on — which we can’t talk about — good grief. You got to have a couple of guys to get to that mountaintop, yeah.”