David Fizdale: ‘I Want to Take the Knicks to the Championship’ 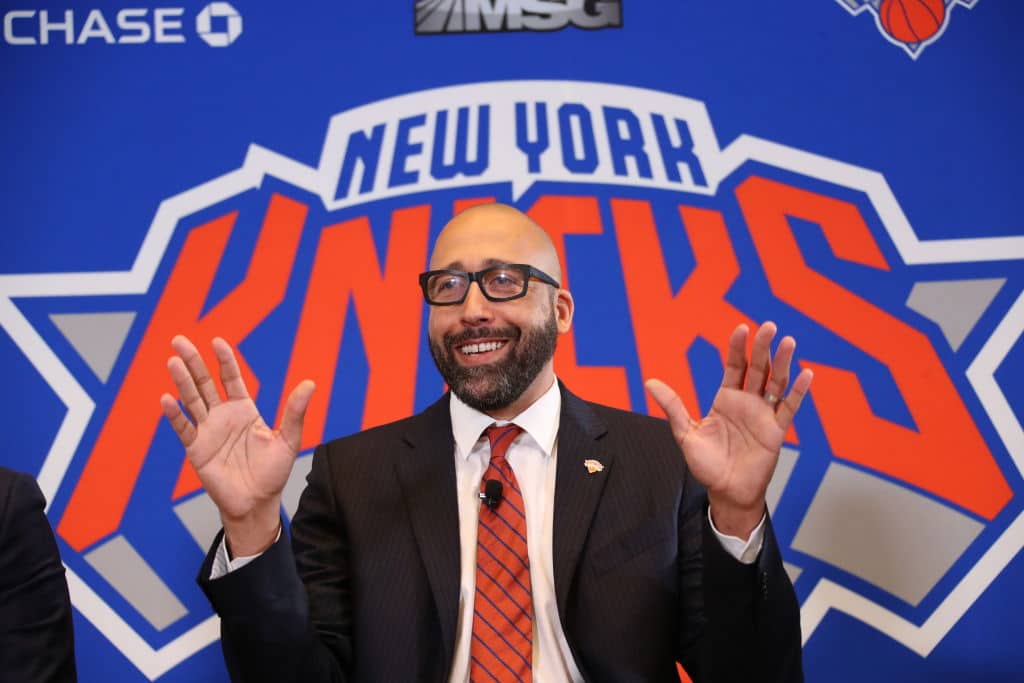 Knicks head coach David Fizdale says his “main and greatest goal” is to lead New York to their first NBA title since 1973.

Fizdale agreed to a four-year deal this summer.

Fizdale recently visited Kristaps Porzingis in Latvia, and envisions the budding star taking on a larger role next season.

“We talked about how Kristaps would take on a bigger role,” Fizdale told Sportacentrs.com in an article published Tuesday morning. “We will have a new team in which Kristaps will be quite a veteran. We talked about the ways in which I see him naturally becoming the leader of the team. Of course, I told him how we see him lifting his game to the next level. I said, ‘Let’s do this together.’ We went to the gym and the beach. Our get-together was great, I got a concrete and good impression of his home.”

The Knicks have yet to give an official timetable on Porzingis’ return, but estimates range from around Christmas to the anniversary of his surgery in mid-February. Porzingis will return to New York in early September after surprisingly rehabbing at Real Madrid this offseason.

“I want to take the Knicks to the championship,” Fizdale said. “This is my main and greatest goal — to win the title for New York. Every morning is with this thought. Visiting Latvia and building of relationships with players so that they are more than simple coach-player relations, I believe that establishing such a link is a way to overcome the difficulties in the playoffs.’’