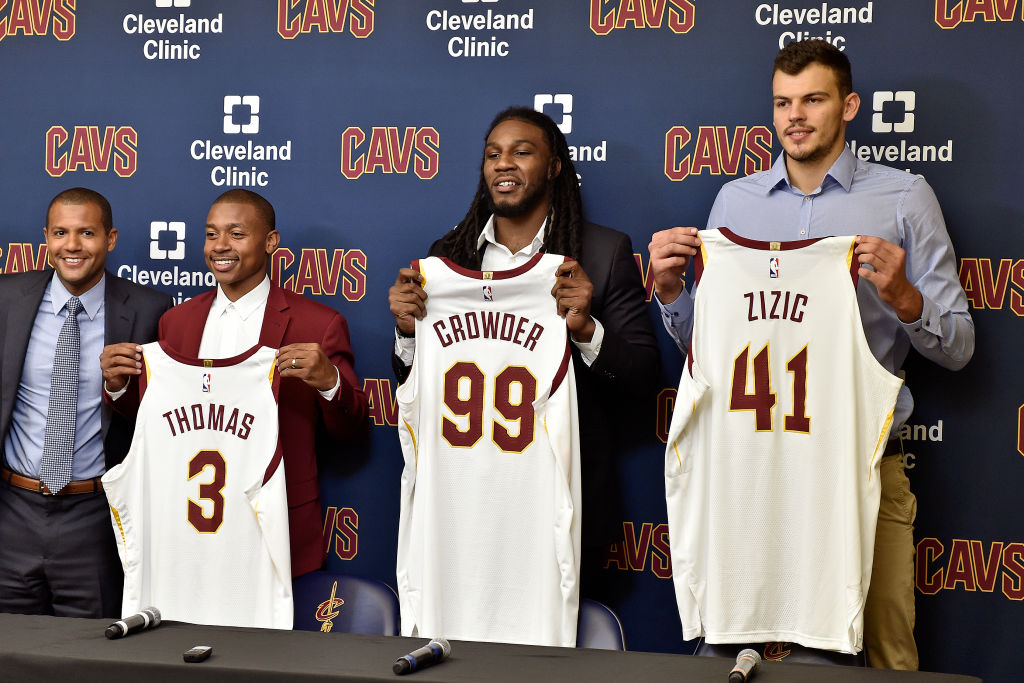 The Cavs are clueless about Thomas’ availability heading into the 2017-18 campaign, but Griffin thinks the franchise did extremely well in the trade and is now a better squad than when he was running its front-office.

“I think they’ve done a really good job of getting more defensive versatility with the Crowder piece. Jeff Green is a nice acquisition at minimum that’s going to be a versatile piece for them as well,” Griffin added. “I think Derrick Rose gave them the ability to withstand something like this in a Kyrie trade. They made it so they can do a lot of different things. So they are deeper, they are more versatile.”