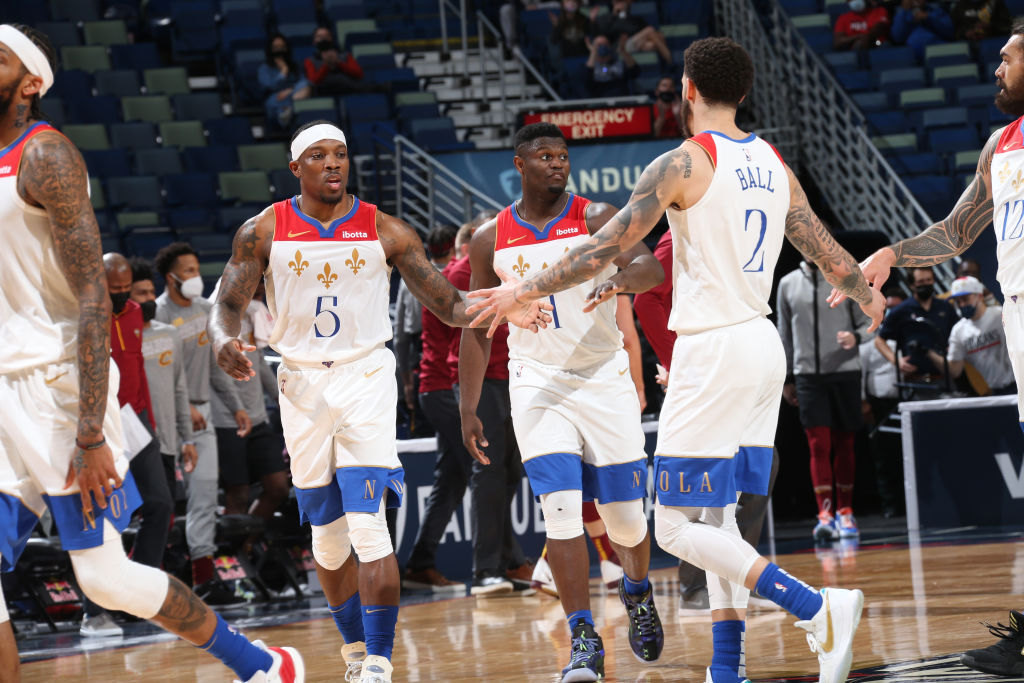 As one of the most polarizing young prospects in the NBA, a byproduct of his draft position, high school hype and outspoken father, New Orleans Pelicans point guard Lonzo Ball was the subject of rumors galore leading up to the trade deadline.

However, despite weeks of speculation and posturing, Ball remained a New Orleans following the trade deadline. Now, perhaps as a result of rumors that Ball is looking to leave New Orleans, Pelicans executive vice president of basketball operations David Griffin spoken out against the whirlwind of rumors.

Per Nola.com’s Christian Clark, Griffin says that Ball has “made it very clear personally, one to one, that he wants to be here.”

“He’s made it very clear personally, one to one, that he wants to be here,” Griffin said. “Yet what you will read is, ‘This is a player who doesn’t want to be here. He’s not in our plans. So you should trade him for a ham sandwich.’ That doesn’t make any sense when we know the actual, real story behind Lonzo Ball.”

While there may be mutual interest in Ball returning to the Pelicans, it’s not a given he will be back next year.

The fourth-year pro will be a restricted free agent this offseason and the Pelicans may be hesitant to offer Ball the type of lucrative contract that young and successful players are consistently able to negotiate. In 38 games this season, Ball is averaging a career-best 14.2 points per game with a .562 true shooting percentage, while also averaging 5.6 assists, 4.2 rebounds and 1.3 steals per game.

The complications with Ball’s impending free agency also arise from the Pelicans signing star forward Brandon Ingram to a five-year, $158 million contract in the offseason, as they owe Steven Adams and Eric Bledsoe more than $17 million apiece over the next two seasons as well.

Second-year sensation Zion Williamson, who will be eligible for a supermax extension following his first rookie contract extension, is also likely on the minds of their cap specialists.