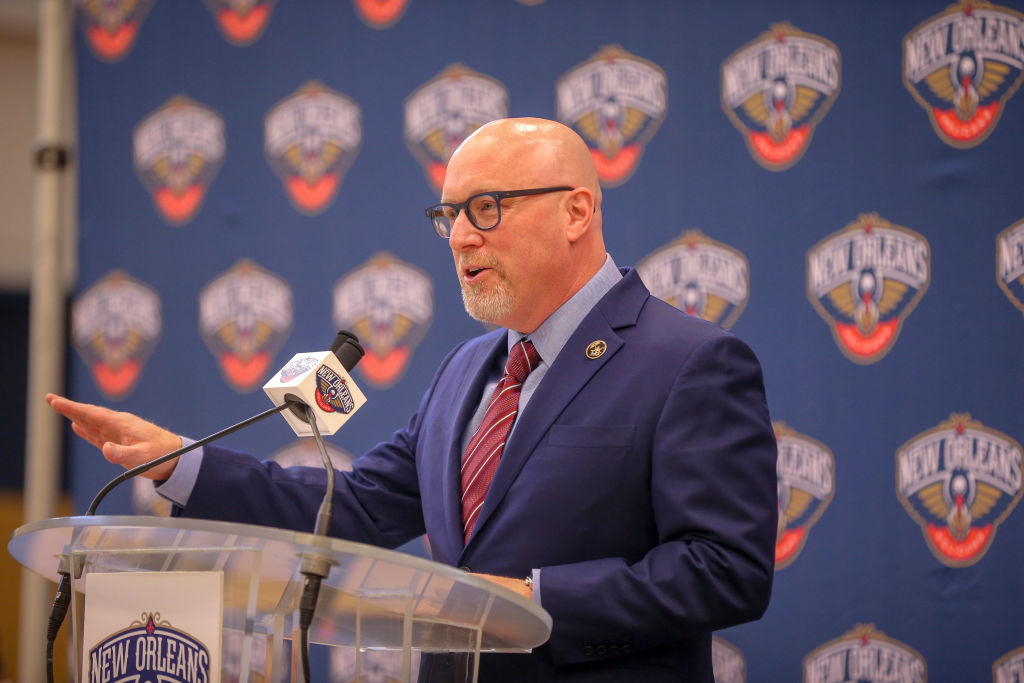 Front and center in the aftermath of Zion Williamson’s memorable NBA debut is a conversation around minute restrictions. The rookie himself has already expressed his own opinion about the limitations.

Executive vice president of basketball operations David Griffin, however, is the one with the final say and is adamant that the team will make decisions that preserve the big man’s long-term health.

Griffin spoke about the minute restriction with ESPN’s Adrian Wojnarowski, about how the training staff set out to make a judgment call when they identified signs of fatigue – even if that fatigue came as a result of a made-for-Hardwood Classics burst of 17 points in three minutes.

“It’s not something that I think the coaching staff was overly comfortable with, just conceptually, but I also don’t really care,” Griffin said. “We spent 14 weeks putting him position to have a sustainable future and we’re going to be very mindful of that moving forward.“

If the coaching staff was miffed about having to sit their hottest player just as the playoff-hungry team began to show signs of life in a winnable ball game, Twitter and the blogosphere were outright irate.

One need not look far for fans of the game expressing their displeasure with the decision to rest Williamson, his stretch of dominance came out of nowhere and captivated fans that had been lulled numb by a relatively anticlimactic debut.

Williamson’s debut was fun – it was fascinating, really – but while columns and features about letting the kid play have merit, David Griffin and the rest of the Pels’ front office have a job to do.