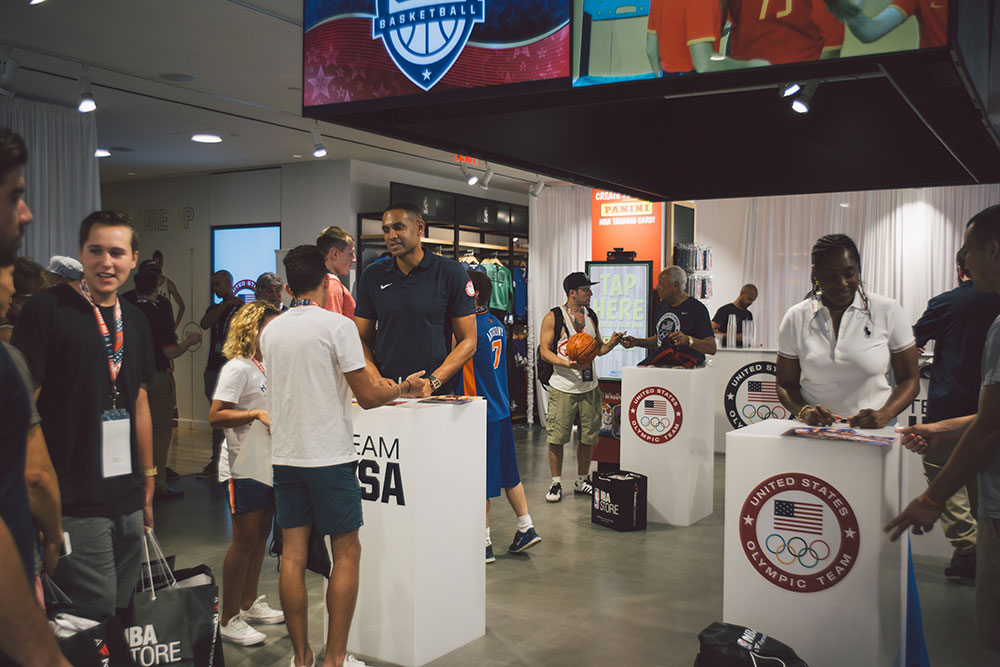 Before Team USA took care of Serbia, the NBA Store was visited by some very special guests. David Robinson, Grant Hill, Lenny Wilkens and Teresa Edwards were in NYC to meet fans, take photos and sign autographs. Between the four of them, there were a combined 10 Gold medals in the room.

Edwards, from Cairo, GA, is the best basketball player to ever suit up for the US. She has an unprecedented five Gold medals, going from being the youngest player on the team in 1984, to the oldest in 2000. Robinson was a member of both the 1992 Dream Team and Dream Team II in 1996. That ’96 squad was coached by Wilkens and also featured Hill.

Check out pictures of the meet-and-greet up top and hit up the NBA Store to for all your Team USA gear.