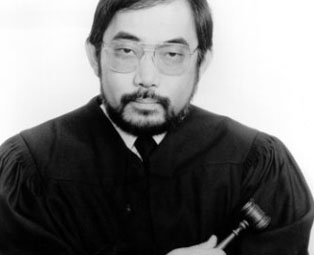 I am keeping these running notes from the scheduled 12:45 to 1:15 P.M. conference call with the commish, where Knicks-Nugs street justice will be met with corporate NBA justice. I’m posting this the very second the thing ends, possibly scooping every media entity out there. You will probably know the numbers of the suspensions before you read this.

And here we go…

Welcome to the NBA conference call. After the speaker’s remarks, there will be a Q&A.

NBA players set an example… on the positive side we emphasize passion. Negative: Sat night

Considertaions are teams will be held accountable for actions of employees. Players must stop, not escalate situation.

Questions begin. Some technical difficulties. How convenient. I don’t know what’s going on. I’ll try my best to summarize.
Howard Beck of the NYTimes: What about Isiah?

Stern: No. We’re acting on definitive info in issuing these penalties although we’re not unmindful of other factors.

Liz Robbins of NYTimes: In that case, explain the $500 K fine.

Stern: It’s a more general message that I’m going to hold teams accountable for their players. Even beyond suspensions… There will be more fines for GMs and coaches if this continues.

Someone from Fox News Radio: Is there an image problem with brawls?

Stern: If you ask the question than we have an issue. Other sports have fighting and violent bu NBA has different standard. We set an example for the whole world of basketball.

So many tech. difficulties. Liz Robbins again, asking about Carmelo and if he has built up good will and are you disappointed.

Stern: We judged him on his actions on the court, period. On a personal matter I think he’s been doing great. But that’s separate from how you deal with this and how he has to excerise the appropriate amount of self-control. I’ll meet with him soon.

More technical difficulties. Guy who introduced Stern gets upset at teleconferencing company. Howard Beck gets to ask another question. The New York Times is a totalitarian media entity up in this thing.

Stern: I put the responsibility on the teams to join me in telling their employees that this is not acceptable. I am not drawing any conclusions other than it happened and it should not.

NBC News question: What are you doing for image? What else can you do?

Stern: The vast majority is great. Our players are deeply engaged in social responsibility. The sad thing is an individual case like this is used to brand everybody. We are having an extraordinary year basketball-wise.

TECH DIFFICULTY!!! Mitch Lawrence of the NY Daily News sounds like he’s speaking into a flanger, for you beat makers/guitar gods out there. And then comes the white noise phase feedback loop. Operator intervenes.

Stern: Don’t know what Player’s association will do. Think they’ll stand by the suspensions.

I would ask a question but I really don’t trust the technology behind this conference call.

STERN: Could you give (unknown name) some money so he can afford a good conference call company?

You still got it Sternbot.

Stern: Not enough evidence to fine or suspend Isiah. “Even in the NBA there’s a presumption of evidence.”

Bruce Beck of NBC – my local news sportscaster: Zero tolerance? How’s that working out?
Stern: I’m disappointed. Players weren’t going to allow themselves to be calmed. I’m prepared to do whatever’s necessary to make sure our games don’t place players or fans at risk of physical harm.

yahoo sports: Coaches have instructed players to be physical…

Stern: The reality is that there are going to be hard fouls. We have a very adequate procedure for that. Saturday night, it got out of hand because of a few people… We can not allow the emotions to escalate… If I thought that somebody had given a specific order to injure another player, I would have reacted very differently.

Basically Stern said that he knows there are hard fouls, you give the guy foul shots and deal with losing a player to flagrant 2 suspension. Attempting to injure somebody is totally different.

Stern: My major concern is stopping the escalation.

Int’l press question: Will this impace Carmelo being selected for next int’l basketball tourney?

Stern: Not my decision. Tapdancing around that issue.

YES! The question I was waiting for. Jonathan Feigen from Houston Chronicle askes why is NBA problems used to reflect a bigger issue than individuals.

Stern admits he’s side-stepping issue for another day. Talks about how the fans sit so close, no helmets on players, no glass separating fans. “As a result of our openess with regards to everything we do, our players are much more reported on. Terrific during the good days, terrible during the bad days.”

Very well rehearsed. The conversation drags on to a philosophical discussion about what makes NBA different from other leagues. Funniest moment is when he says there is fighting in other sports, he won’t name any of those sports but says they play on skates. Respect this man’s biting sense of humor.

Denver area reporter says that at the Nuggets press conference, George Karl called Isiah a jacka$$ and an a$$hole (I’m quoting directly here, sorry for the language) in front of the media and is angry that Isiah won’t be suspended. Stern deflects with legalese. Probably a smart move.
Another reporter asks why J.R. Smith is getting it so bad. Stern says he had a chance to stop and compose himself and chose not to. “Mr. Robinson was deeply engaged as well.

Soundbyte: “We are going to go after the players who aren’t able to stop.”

That says it all. Your team will be penalized if you do anything to keep the situation spiraling out of control.

I think you can listen to this whole thing on NBA.com, but without my added jokes and pointed observations, such as this:

THE DENVER NUGGETS JUST GOT KNOCKED OUT OF THE PLAYOFFS BY THE COMMISH.

We said the same thing about the Pacers and they still made it, but that was the East. The Knicks got off waaaaaaay too easy, although they still have to deal with the indignity of being the Knicks.

Stern’s tone was measured and not rattled in any way. He sounded… stern.