Deal Reached to Sell the Sacramento Kings to Seattle Group 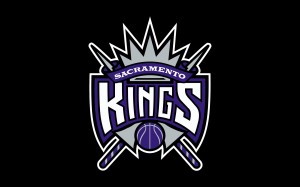 Despite some halts in the negotiations and talk of a potential buyer emerging in Sacramento to keep the Kings in town, it always seemed inevitable that the team would be sold and moved to Seattle. And, well, here we are.

According to multiple reports, the Maloofs have reached an agreement to sell their stake in the team — believed to be 65% of the franchise value, an estimated $525 million — to a group led by hedge-fund manager Chris Hansen and Microsoft CEO Steve Ballmer.

Per ESPN and NBA.com:

The agreement to transfer the 65 percent majority stake in the Kings to the Seattle group represents the 53 percent owned by the Maloofs and an additional 12 percent from minority owner Bob Hernreich. Sources said that there has not yet been an agreement submitted on the remaining 35 percent of the franchise, which is held by minority shareholders, not the Maloofs. One source close to the process said that the Maloof family, as it was hoping, will retain a “small piece” of minority interest in the franchise after its expected relocation to Seattle and renaming as the SuperSonics for next season. It’s believed, though, that the Maloofs will hold no decision-making power once control of the franchise is transferred. The deal, according to sources familiar with the specifics, calls for the Maloofs to receive a non-refundable $30 million deposit from the Seattle group by Feb. 1.

The source said that the final agreement was signed late Saturday evening between the family and Hansen, who has spent the last couple of years buying more than $50 million worth of land near Safeco Field, where the Mariners play baseball, and CenturyLink Field, home of the NFL’s Seahawks, with the intention of building an arena for a new NBA team.

Official confirmation of the sale is expected soon.

After years of uncertainty, fan anger, and terrible basketball, the Maloof family appears to have finally relinquished control of the team they bought in 1999.

The Kings moved from Kansas City and have been in Sacramento since 1985.