A mid-season reading recommendation for the Clippers big man. 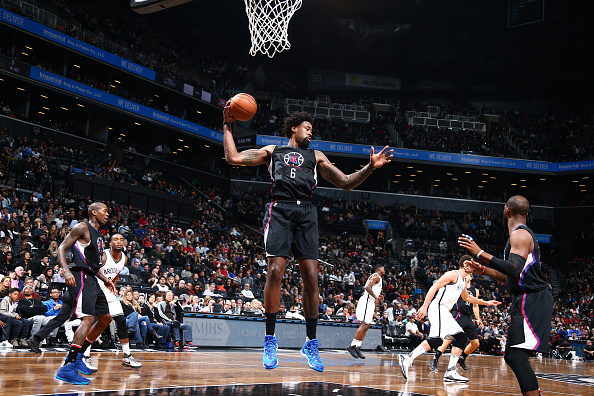 DeAndre Jordan, the book for you is Animal Farm by George Orwell. It’s a classic that everyone reads in middle school or high school, even today with the Common Core State Standards. We all learned that it’s really about the Russian Revolution and rise of Stalin. Animals stand in for various historical figures, as we learn about the dystopian version of the Socialist model, where the workers do everything and bosses have the money and power but none of the suffering.

Listen DeAndre, you signed a huge deal—you are going to make over $150 million in your life. This is incredible. Still, you will never have the money or the power of your boss Steve Ballmer. Sure, he goes to games dancing like a lunatic, buying material happiness for his workers with locker room gifts, and he puts a big happy face on decades of Clipper-dom. That’s what the more fortunate animals on the farm get to do. Some animals are more equal than others.

Your Clippers successfully ousted Donald Sterling, a rare sports revolution where the public felt sympathy for young, gifted millionaires. In the novel, the farm animals rise up and get rid of the farmer. All’s well that ends well? Not exactly. On the court you’re still stuck behind Golden State, a reunited Durant and Westbrook, and the veterans down in San Antonio. It could take something as drastic as revolution to get the Clippers where they need to be. All the money in the world won’t make those ordered playoff fouls go away.

And then there’s your summer drama. When your whole public relations disaster with Mark Cuban unfolded, some people were like, “How dare this ungrateful spoiled brat make a promise and then not be man enough to look him in the eye!” You don’t owe Mark Cuban anything; you were a free agent, you took care of yourself. Look to your point guard, who you are supposedly feuding with. He’s the leader of the Player’s Union, not your enemy. “They” will try to divide and conquer you, keep you blind to the true power you have. That’s what they do on the farm. DeAndre, use your head, don’t just be a guy who runs and jumps and can’t hit free throws.

The season is taxing, but Animal Farm is a short read, something you could have done when waiting out that silly free-agent signing blockade. You said you killed time that day by playing video games and ordering food, which is fine, but if you make the time for Animal Farm, you might wake up to what’s happening all around you.