DeAndre Jordan Hopes To Play ‘Another 10 Years’ With Clippers 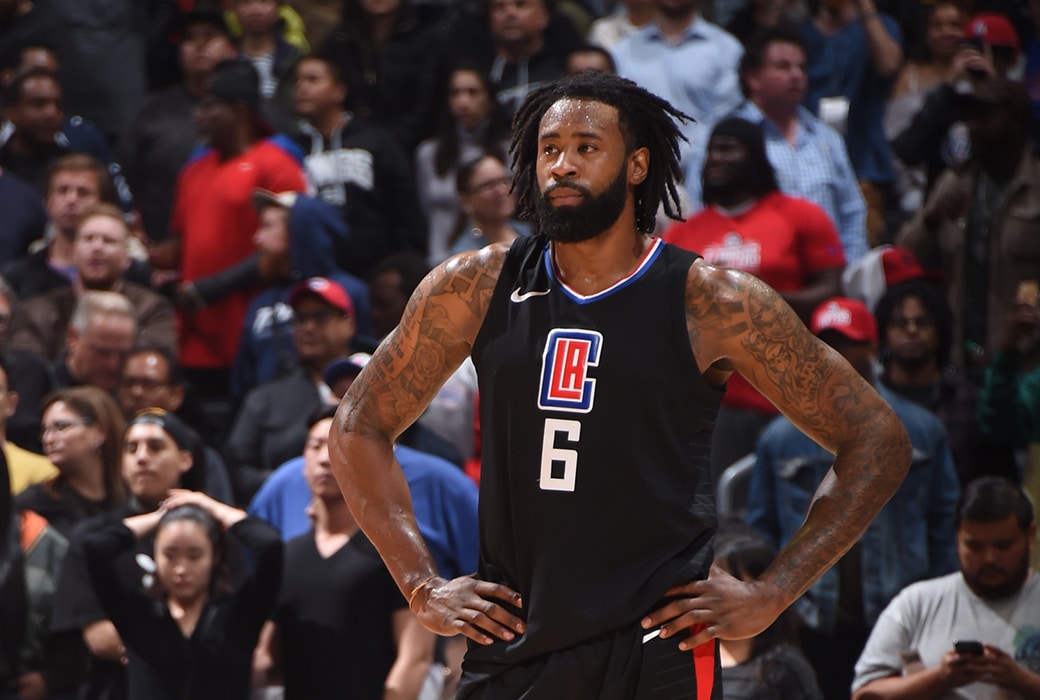 In an apparent about-face from his comments last month, DeAndre Jordan says that he hopes to play another 10 years with the Clippers.

Whether the Clippers want Jordan is another question. The team entertained trade discussions for their 29-year-old center, but decided to keep Jordan at the trade deadline.

In a story by Yahoo’s Michael Lee, Jordan said, “I hope I can play another 10 years here. That’s what I’m focused on now.”

On @YahooSportsNBA: DeAndre Jordan is the only player to represent the Los Angeles Clippers for a decade. Despite roster overhaul of the past year leaving him as the last man standing, Jordan says, "I hope I can play another 10 years here." https://t.co/e3vzAEYMck

“My name has been mentioned [in trades] for the past few years. So I’m not really tripping on that. I really don’t give a [expletive] at this point.

“I’m just playing, man, staying locked into the game, playing as hard as I can for this organization because I love this team. And I love where we’re at and the group of guys that I’m playing with, so that’s what makes me happy.”

RELATED:
DeAndre Jordan: ‘I Don’t Know’ If I Feel Wanted By Clippers