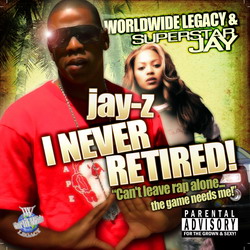 After giving the latest NBA newsfeeds a quick once over, it seems that every ex-player you thought you no longer needed to care about is changing his mind, and now might return to a different team. Reggie Miller might end up in Dallas, not Boston. Allan Houston might go to Cleveland, not wherever he was talking about going before. Penny is back. Oakley is thinking about it (Please Isiah make it happen. Don’t get weak stomached now!). The news about what is not happening has become more of a story than what is. Myles is working on part II of his Reasonable Doubt column, which has been a re-writing of some Jay-Z lyrics among other things. If I may sample from that idea for a quick second for my own song:

Now that’s a hit record. And I feel that “Dear Summer” the song has a lot to say about… this summer. When the song came out, Jay was “retired” much like Reggie Miller and Allan Houston. The rap music being played on the radio was so generic, that the one song put out by a “retired” artist was the anthem of the summer. (P.S. DO NOT LISTEN TO THE RADIO IN NYC. IT IS VERY BAD FOR YOUR BRAINZ.) I’m not comparing those old, one-dimensional, retired jumpshooters to Jay-Z. I’m just saying that we have reached a point where it’s easier to see a big name like theirs and fall back into the comfort of familiarity than it is to embrace the unknown. If they were baseball players, they would all be designated hitters that are a shell of their former selves who need to be pinch-run for by the 6th inning. Move on, old men. You’ve had your seasons in the sun, we’ve seen what you can do. Let the kids play.

Even though it is the dead zone for NBA talk right now, we have plenty of basketball content coming this week. This right here is called teasing. I shall say no more.

As for the world of SLAM, this past weekend there was a wedding. You know how the saying goes, what happens on Mt. Pocono stays on Mt. Pocono. Congrats again Steve-o. I can’t say anymore because of a previous incident where I leaked too much information and the bride-to-be was upset with me. It was a beautiful, enchanted evening. I spent the previous Sunday at a SLAYER concert, and the dance floor at the wedding was almost as rowdy.