Deck the Balls with Boughs of Leather! 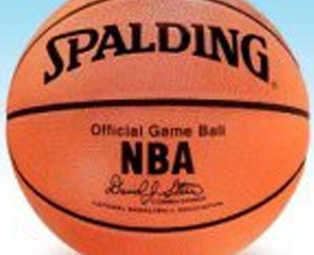 You are the David Stern Robot, and the holiday season is fast approaching. People around the world have widely recognized you as the most adept commissioner in all of sports, perhaps not realizing you are actually a robot programmed to always make the correct decision in any and every circumstance.

But lately, your circuits have felt crossed. You instituted a dress code a year ago that drew derision at the time, only to be forgotten months later. This year you asked the referees to be more strict with their rule interpretations, which resulted in a flurry of techincal fouls. And then there was the ball. After decades using leather basketballs, you decided to make a switch to a new “microfiber” ball. And people hated it. This was more than dislike, this was pure, clean hate.

Fans didn’t seem to mind one way or another (in fact, reports from your staff said that the new ball was selling well), but the players were ticked. So you mentioned that the ball had undergone rigorous testing, only to have the testers — Mark Jackson, Reggie Miller, Steve Kerr, etc. — come out and say the testing was a five-minute dribbling session one afternoon at Madison Square Garden. The players moaned and complained. The ball was causing paper cuts on their hands, they said. Wimps, you thought, I’ll show you paper cuts. Cousy crapped bigger than you, Nash.

And then one fine Friday afternoon, a man showed up at your office and handed you a lawsuit. Really? A lawsuit? Yes, a lawsuit. The players couldn’t take it any more, and that damn Billy Hunter and the Player’s Association went to the courts to get a new ball. Friggin’ Hunter. Why couldn’t we handle this like men and fight this out in the parking lot, you thought. Hunter would be no match for your superhuman robotic strength. You’d break him, just like you did Gourdine before him and Grantham before him.

Still, the complaints kept coming. Shaq, Kidd, Nash — those wussies! Weird things happened — balls getting stuck between the rim and glass twice in a quarter, balls losing their grip after 15 minutes of dribbling, Vince Carter making jump shots. Whatever, you thought. This is my League, and the players don’t like the ball they can go play in the ABA.

And then this morning, as your driver tooled down 5th Avenue in your S600, you saw a little boy drop a nickel in a Salvation Army kettle, and you saw a smile brighten the child’s face.

Deep inside that metallic torso of yours, something caught. It must be a rusty gear, you thought. But it wouldn’t go away. You felt, for the first time ever, what you had heard described as emotions. You sublimated them, tried to get through the day without thinking about it, but it wouldn’t go away. That boy, that smile…maybe you could feel something like that, too? Probably not, but heck, maybe it was worth a try?

So you picked up the phone and called Hunter.

“Billy? David. Yeah…no, not Robinson, Stern, David Stern. Right. The commissioner. Anyway, calling to let you know I’ve decided we can go back to the old ball. Mm-hmm. Yes, the leather one. Oh…I don’t know…how about January 1? OK, let’s shoot for then. Yeah, we’ll leak it to Stein or someone and get the word out there, and then that’s it. And I am not caving on the technical foul stuff. What? You want input on this stuff from now on? Don’t push it, Billy. Right. OK, Yeah, my best to your family, too.”