Compton’s in the House

Cali native DeMar DeRozan has become a star in Canada, but he never forgets where he came from. 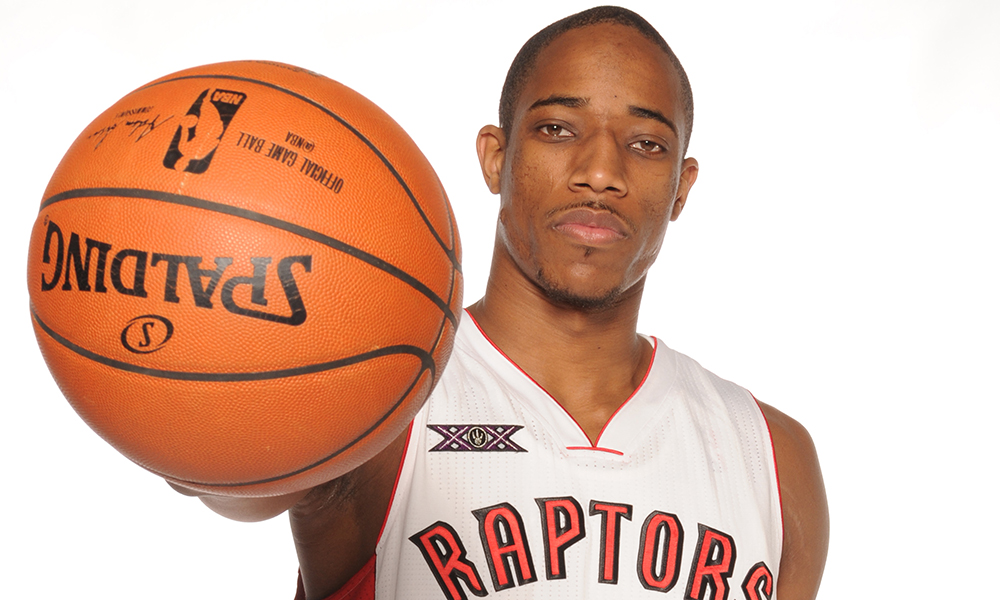 DeMar DeRozan is a Compton, CA, kid through and through, one whose game blossomed on  the city parks, gymnasiums and streets of Los Angeles. In 2009, the Toronto Raptors drafted him with the ninth pick in the NBA Draft after one season at the University of Southern California. Until that point, the 6-6 DeRozan, who gets “Comp10” customized inside each pair of his sneakers, had never lived beyond a 30-minute radius of his parents’ home. Moving north of the border, and thousands of miles away, he continued to develop his game and became an NBA All-Star five years later. Here, he speaks on the journey:

SLAM: How did you fall in love with the game?

DeMar DeRozan: I fell in love with the game just by watching my dad play sports, and I was always watching sports. I think it’s like a manly thing, watching whatever your father did at a young age and I just took heed to that, and as I got older and just playing around and him pushing me with every sport. But I think I found passion in basketball at an early age. I grew up watching the Lakers and Bulls, I think it all stemmed from that.

SLAM: How old were you?

DD: I think I started playing organized basketball when I was 5 or 6. From then on out I just really kept at it, it was fun. As a kid you’re playing for fun, from playing video games, watching your favorite players play and trying to reenact what they do on Fisher Price courts and everything like that and it just grew from then on out.

SLAM: What were some of your favorite courts as a kid growing up?

DD: I probably played at every park in Compton, honestly. I don’t really have a favorite one, but every park in the city of Compton I played in. I played in the leagues and was a part of youth teams, too, California Team Select, South Coast All-Stars, there were a few teams that I came up with, played with a lot of great players and to just see how far I came from then is just amazing.

SLAM: Do you remember playing in your very first organized game?

SLAM: Do you remember the point where you realized that basketball was something you enjoyed or wanted to keep playing?

DD: I think that came later on when I really understood the game of basketball, probably when I was 12 years old, 13. You really just see the development of the game coming along, becoming older, more athletic and more skilled. I think that’s when I really started realizing this could be something.

SLAM: Do you remember watching any special games as a kid on TV? Do any stand out to you?

DD: For some reason I always used to see the east coast games, like all the ACC games. On the weekends you wake up California time at 9 o’clock, 10 o’clock in the morning, the games would be on and you tend to watch the games and you really didn’t know what was going on, but you knew it was basketball. I remember when I was real young, I always used to wonder why they didn’t have their name on the back of their jerseys. Little stuff like that, but I always used to watch it, pay attention to all of it, and once they got to the pros, I remembered the certain players and the colleges they went to and everything.