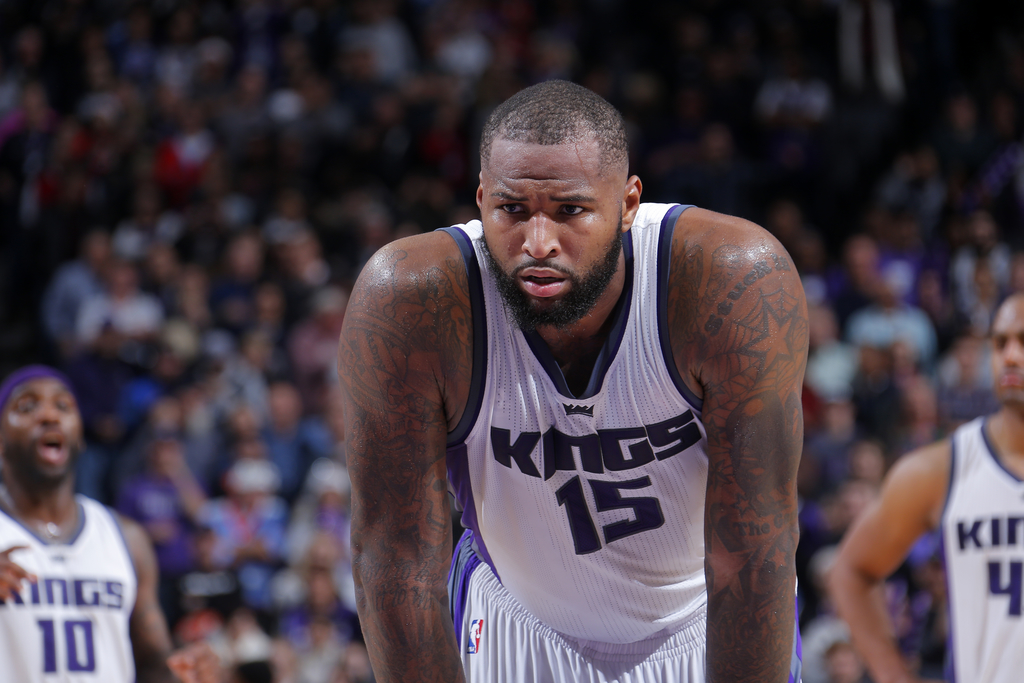 DeMarcus Cousins scored a season-high 55 points and pulled down 13 boards Tuesday night, overcame a brief fourth quarter ejection, and led the Sacramento Kings to a 126-121 win against the Portland Trail Blazers.

Refs kicked Boogie him out of the game for spitting his mouthpiece in the direction of Portland’s bench, but reversed the call.

And then he wasn't. pic.twitter.com/miGJS7suwS

The All-Star big man then delivered an epic postgame rant.

And then Boogie let everyone know how he feels 😳 pic.twitter.com/gJF2HqJocx

Earlier in the day, the Kings had fined their superstar for his confrontation with a writer.

“Kind of a crazy game,” Kings coach Dave Joerger said. “Certainly Cousins had a nice game. OK, that’s an understatement. But I was very impressed. That any of us who would get thrown out in what we think is a questionable deal, then to come back and step out and make the free throw was very impressive.”

“When I was going to the locker room I was thinking what I was going to break up first,” Cousins said. “But when I heard I had to come back to shoot free throws, I had to calm myself down.”

But after watching the replay, he toned down his comments. […] “I can see why people could be mad,” he said. “I was just talking to the bench and it came out. No intent. I would never spit on anybody. I’m not like that.”