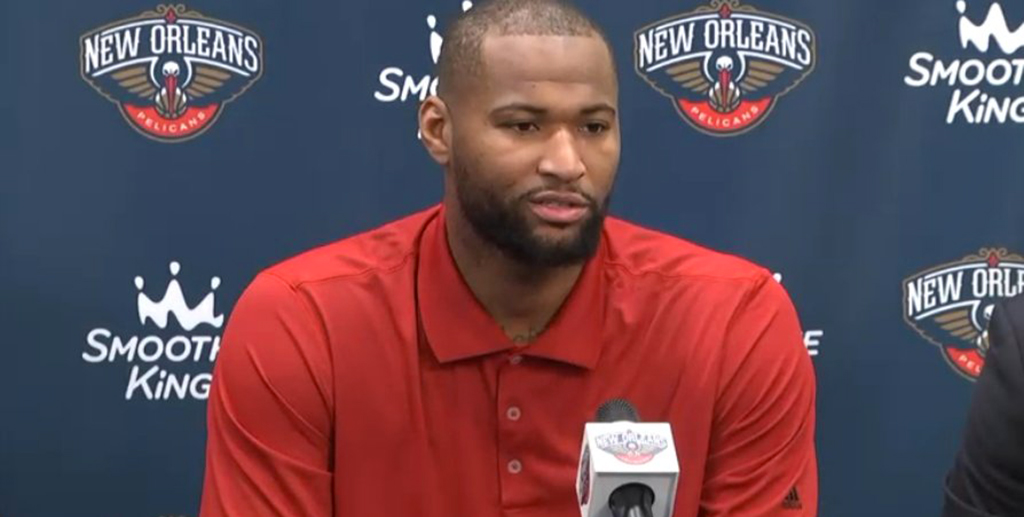 DeMarcus Cousins was officially introduced as a member of the New Orleans Pelicans earlier this afternoon during a press conference and Boogie was forthcoming about his past with the Kings and future with the Pels.

During the presser, Cousins was asked about the trade and said that “the dishonesty” of the Kings was the hardest part about the news:

.@boogiecousins on what was hardest about the trade: "Probably the way it was done. The dishonesty that came with it. But I'm OK with it." pic.twitter.com/dZh3gjcoxA

As has been widely reported, the Kings publicly and privately said that they were not trading the superstar big man and as of a week ago, DMC said he was “very happy” in Sacramento and wanted to sign a $200 million extension with the team in the offseason. That clearly went out the window during All-Star Weekend.

Cousins also said during the press conference that Vlade Divac tried to call him after the deal was done, “but it was already done:”

"Vlade tried to call after it was done…but it was already done." —DMC pic.twitter.com/AEhNaPZ9lT

Following the trade, Cousins gave a tearful goodbye to his fans in Sacramento and thanked them for “dealing with this knucklehead.”

You can watch the full press conference here.