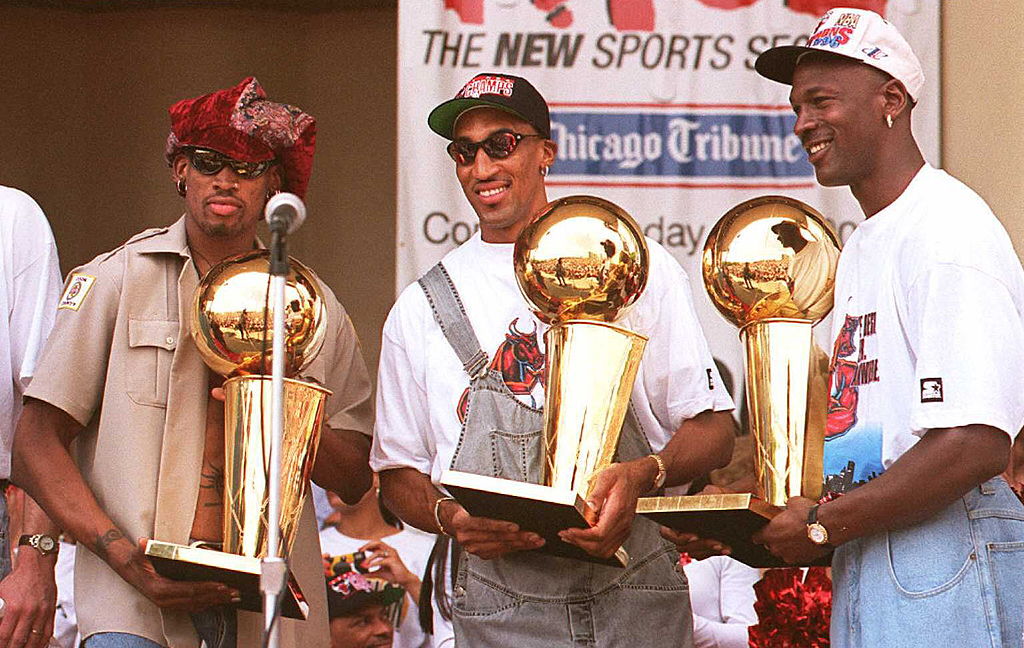 Rodman, 58, believes the three Hall of Famers’ dynastic run in Chicago only came to an end in 1998 because the front office refused to meet Jordan’s contractual demands.

The Worm adds that only Draymond Green “sort of” reminds him of his own game and passion in today’s NBA.

What’s your relationship with Michael Jordan like these days?

Rodman: “Me and Mike and Scottie have so much love for each other now because we’re not haters with each other. We embrace the fact that we had a chance to play with each other. We’re friends. We’re not calling each other every day and hanging out, but when we see each other, we share the love. Like, ‘Hey, appreciate you, man. I’ve got your back.’ Stuff like that. That’s how we love each other now. We embrace it because we put the NBA back on the map in the ’90s. Me and Mike and Scottie revolutionized the game. The way everyone plays now, that’s how we played then. And now all of a sudden everyone’s talking about Big Threes. Now? Really? We were the Big Three. We were the main three. We consistently won, we consistently won championships. And the only reason we didn’t repeat four in a row is because Mike said, ‘I want X millions of dollars.’ And they didn’t want to pay him, so he left, I left, Scottie left and Phil Jackson left. We were all waiting on Michael. That’s how the run ended.”

Who are the guys in today’s game that remind you the most of yourself as a player?

Rodman: “Players have to have the heart to go out there and do whatever they have to do to win. That’s who I look at. You’ve got the Steph Currys, the LeBron James, players like that. But I want to see the player that says, ‘OK, I want to be the player that stands out to do my job and earn the money for the role that they’re paying me for.’ That’s what I’m looking for. I don’t see that player out there. Draymond Green is something sort of like that. But besides him, I don’t see other players who have that passion, who have that love, that drive, they need basketball. No money, no fame. They have three hours of their life, ‘I’m going out to do my job, to win for people. I’ll get the gratification at the end of the day when I have a ring on my finger.’ That’s the kind of player I’m looking for.”