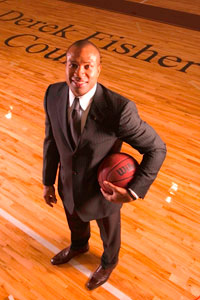 On a January evening in 1994, 19-year-old Derek Fisher welcomed a coach and an athletic director into his apartment to discuss the future of the University of Arkansas at Little Rock’s basketball program.

Only a sophomore at the time, the UALR Trojan had already assumed a weighty role few collegiate seniors have ever filled. His teammates were fed up with the attitude of their head coach, Jim Platt, and were ready to go public with their grievances. They chose the even-keeled Fisher as unofficial team spokesman.

“It was really something that came from my teammates,” says Fisher, a Little Rock native. “It wasn’t something I assumed would be my responsibility.”

Yet it became his charge when he and other Trojans boycotted a practice, taking a trip to the mall instead. An ad hoc summit was called, bringing Dennis White, an assistant coach close to Fisher, to his apartment that January night. He brought along former UALR athletic director Mike Hamrick.

The gravity of the situation didn’t catch Fisher off guard: “It wasn’t necessarily a surprise, but I think in a sense I was almost humbled by the level of respect that they were holding for me as a representative for the rest of our players,” Fisher says.

Teammates wanted Fisher to request a meeting with the entire staff, minus Coach Platt, to air concerns—that in preceding months he’d become too negative, too sarcastic, crossing the line between barbed motivation and verbal abuse. They asked Fisher to voice an ultimatum: Either fire Platt or we won’t play in an upcoming rivalry game against Arkansas State.

“Immediately, I took on that leadership and protector mentality of looking out for what’s best for my teammates,” says Fisher, “even more than for myself.”

Nearly 19 years later, heading into his 16th NBA season, Fisher hasn’t stopped protecting. As a point guard, he has excelled at taking care of the ball and preserving fourth quarter leads—to the tune of five Championships with the Los Angeles Lakers.

As a father, he protected his family’s best interests by switching teams to be closer to doctors who could treat his infant daughter’s eye cancer. And as president of the NBA Player’s Association, Fisher has had to unexpectedly defend his reputation from attacks by a powerful colleague. After decades of looking out for others, Fisher is in the twilight of his career, and having to look out for himself more than ever.

As of early October, Fisher wasn’t yet on an NBA roster for the upcoming season. After the Lakers traded him in March 2012, he signed with the Oklahoma City Thunder. Although the Thunder thrived with Fisher’s help off the bench, winning the Western Conference, the team didn’t resign the 38-year-old.

Though the outcome is still unclear, possible destinations for Fisher’s next move include Boston, New Orleans, Charlotte and Milwaukee. Even the Lakers may give him a second look as a third-string point guard—Ramon Sessions, the young guard brought in last spring to replace Fisher, opted out of his Lakers contract, and Fisher, who still lives in Los Angeles, is a known commodity whose leadership helps in the Playoffs.

Yes, he’s lost some quickness. But he’s also kept close to shooting guard Kobe Bryant. They entered the League together, and pushed each other to excel in frequent one-on-one games. After Los Angeles’ most recent title in 2010, Bryant credited Fisher with being the team’s “heart and soul.”

This designation has been a recurring theme on Fisher’s squads since his days playing for Little Rock Parkview High School and the Arkansas Wings in summer circuit. Just like with the Lakers, he didn’t star on those talented teams. Instead, guys with better stats like Maurice Robinson, Dion Cross and Corliss Williamson grabbed the headlines. But what Fisher lacked in size, athleticism and talent, he more than made up for with savvy and effort.

“He has one of the best work ethics I’d ever seen, at that age or even now,” says Williamson, who played with Fisher on the Wings and remains friends with him. “You know how a lot of us are as teenagers,” he adds. “We wanted to hang out and do different things, whereas Derek was more focused. He was always trying to go out and lift weights or get up extra shots.”

As a 6-foot, 173-pound Parkview senior, Fisher averaged 11.9 points, 3.8 rebounds, 3.1 assists, 1.8 steals and not very many heads turned per game—good stats, but certainly nothing that screams “star.” It became apparent that his dream of following in the footsteps of Razorback point guard Lee Mayberry—a star Hog followed by many young players—and playing for the University of Arkansas wouldn’t pan out. Nolan Richardson, the former Hogs head coach, said that at the time Fisher was more of a shooter than pure point guard and wasn’t yet a player who could compete for playing time in a deep backcourt including Corey Beck and Clint McDaniel. So, Richardson didn’t offer him a scholarship.

Instead, Fisher signed with UALR, where the father of his best friend Clarence Finley was an assistant coach. Coach Jim Platt had initially doubted whether Fisher was worth a scholarship, according to Fisher’s autobiography, Character Driven. But Fisher proved himself early on, becoming a starter a few games into his first year.

“On that particular team as a freshman, walking into the team that year, I don’t necessarily think I assumed I would have a leadership role,” Fisher says. “But I definitely always carried myself from an example standpoint, trying to do things the way a leader would do them.”

The day after Coach White and Athletic Director Hamrick left Fisher’s apartment, the team convened with the staff sans Jim Platt. At the meeting, Fisher explained the team’s decision to boycott the ASU game unless Platt was immediately replaced. Hamrick explained that contractual terms made this impossible, but did promise to investigate the complaints and evaluate the situation at season’s end, Fisher wrote in Character Driven.

The players decided to keep playing, and at season’s end, Platt was let go. New coach Wimp Sanderson had work to do. “When I got there, it was chaos, kind of,” Sanderson recalls. “It was just a bad situation. All of [the players] were quitting” the program and looking into transfer possibilities. 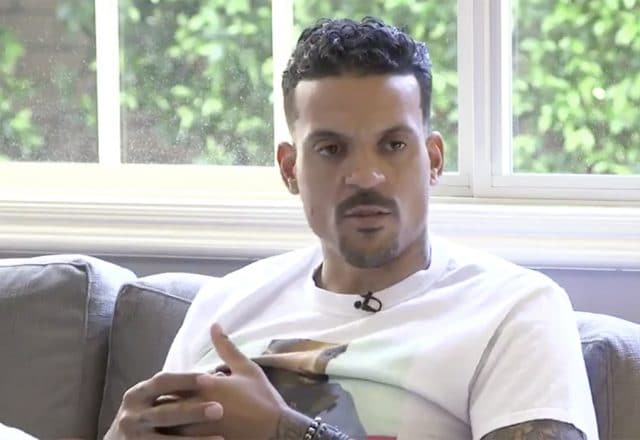 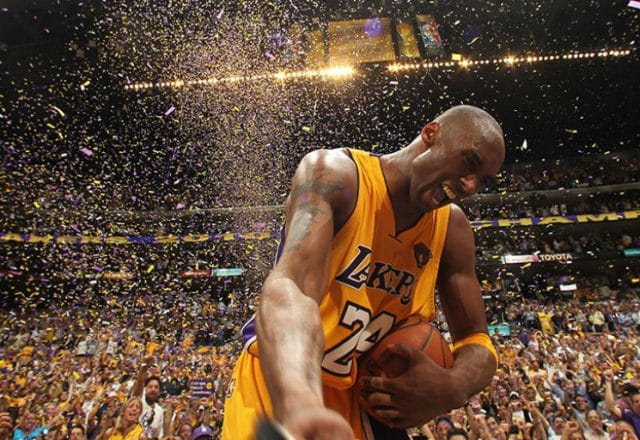 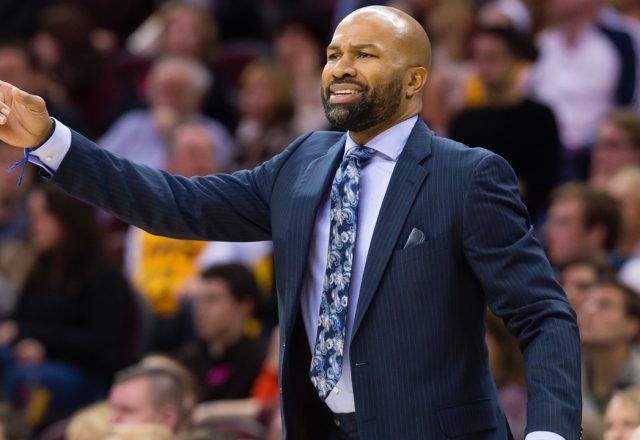 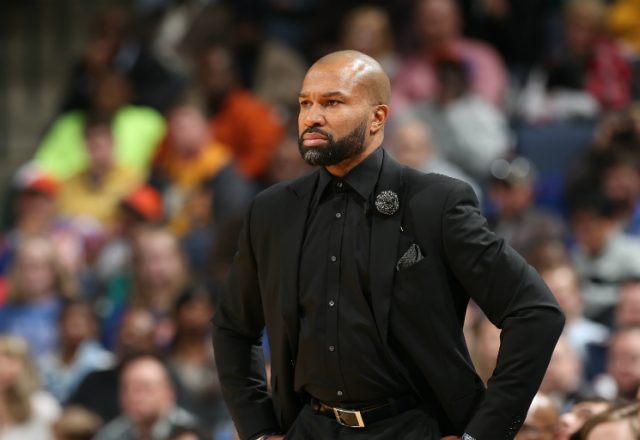 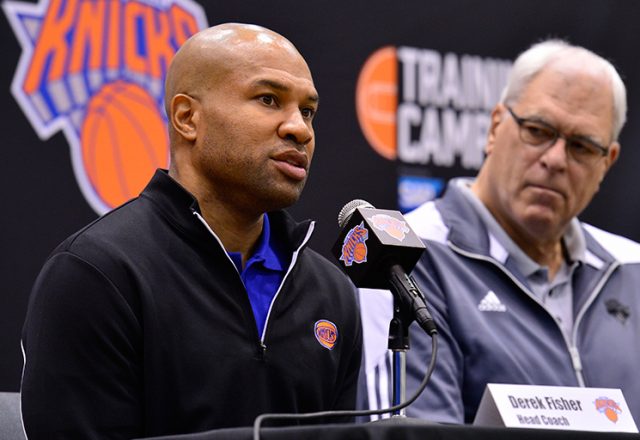