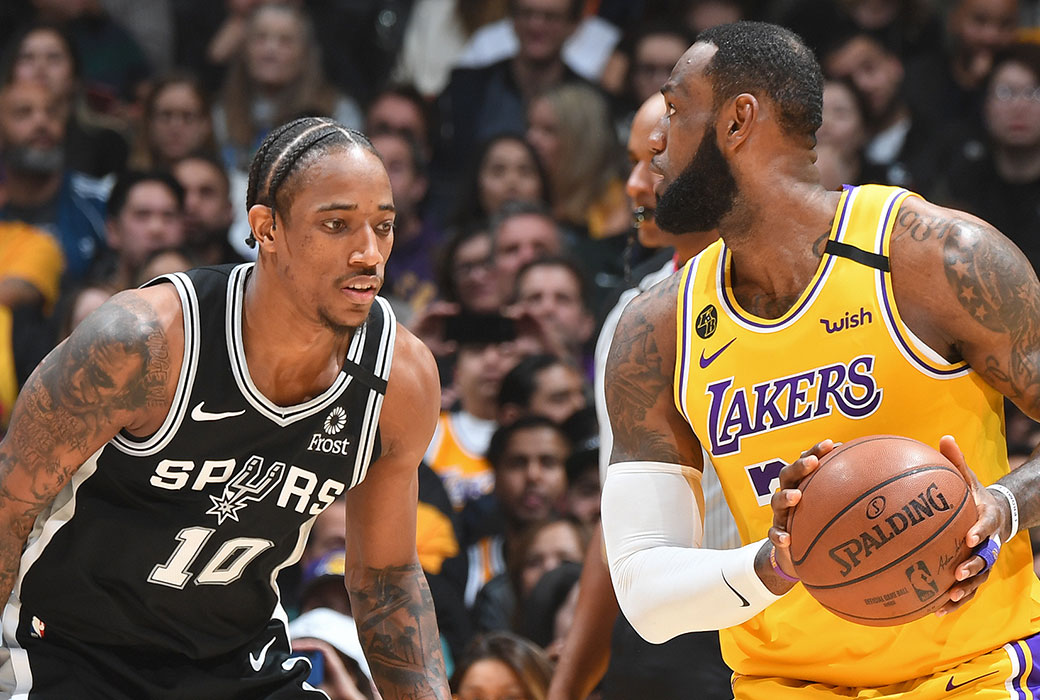 DeMar DeRozan knows how difficult it is to defeat a LeBron James-led team in a playoff series. For three straight seasons from 2016-2018, James’ Cavaliers ended the Raptors‘ season en route to the NBA Finals.

While guesting on “The Old Man & The Three” podcast with JJ Redick and Tommy Alter, DeRozan told a story that illustrates how dialed in LeBron gets during the Playoffs.

DeRozan’s teammate forgot a play call during the game, and James—knowing all of Toronto’s sets—told him how to properly execute the play.

“I remember, it was a play we was trying to run and one of our teammates forgot the play, and Bron told him the play. Like it was some crazy shit. We calling a play and he was like, ‘What?’ And Bron told him what our play was.

“It just shows you how locked in this dude be when it comes to winning time. You see it on both ends. That’s just a testament to who he is, why he’s been to 10 Finals, why he’s on the verge of getting his fourth ring.”