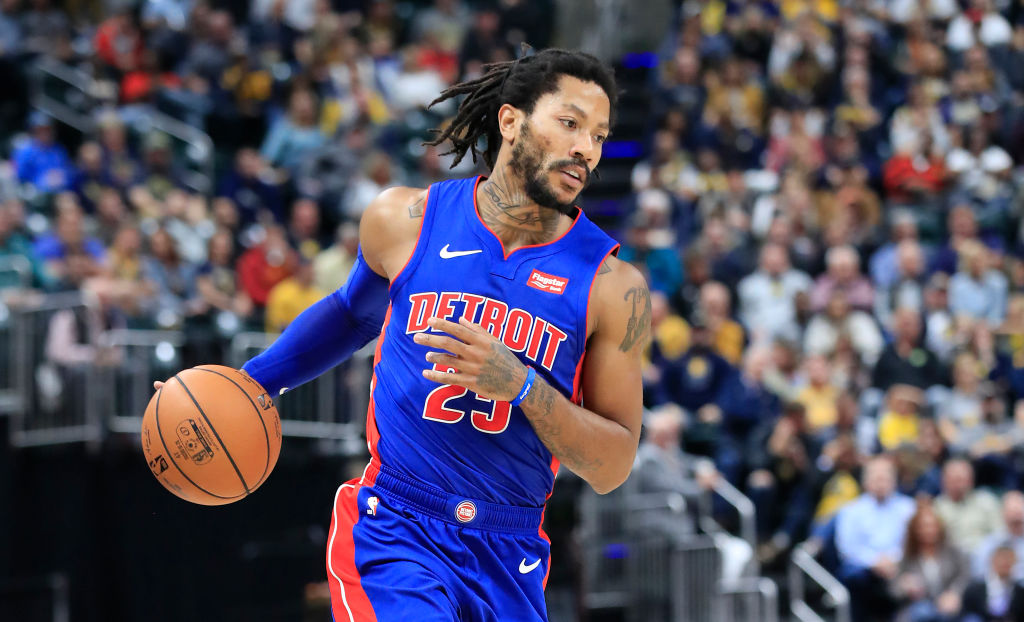 The Detroit Pistons have been without supersub Derrick Rose for the past four games. Now, on the same night that the team welcomes Blake Griffin back to action, James Edwards III of The Athletic reports that Rose is considered a game-time decision.

Rose’s injury crept up on Detroit shortly after it was revealed that Reggie Jackson would be sidelined long-term with an injury of his own. The absence of the pair left the short-staffed roster even lighter on star talent.

Prior to his absence, which can be attributed to a right hamstring strain, Rose was playing stellar basketball similar to what he showed during an impressive comeback campaign with the Timberwolves in 2018-19.

Through six games, Rose had averaged 20.8 points and 6.3 assists in just 25 minutes per game off the bench for Detroit. If Rose is fully healthy, he could be a legitimate starting point guard option for the team that has started 2018 second-rounder Bruce Brown Jr. for the past four contests.

If Rose is ruled out yet again prior to tip, Pistons fans can take solace in the fact that a return appears imminent. Rose is formally listed as questionable in the team’s injury report.