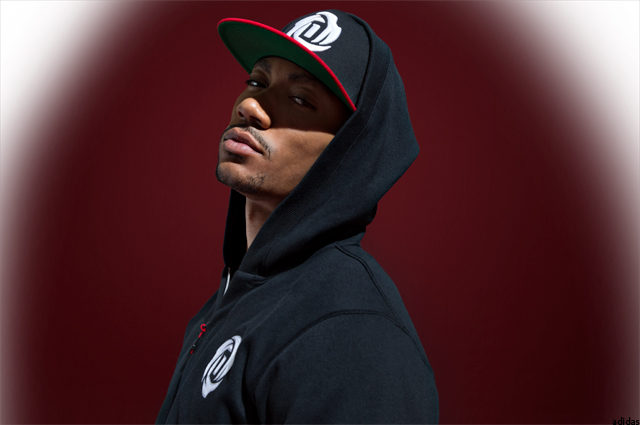 There’s an impossibly long list of reasons why you should be looking forward to the upcoming NBA season. The Heat are defending a title so hard-fought that it literally required a last-second appearance from Jesus himself to pry victory away from Gregg Popovich’s cold, lifeless hands. Dwight Howard is dreaming of bringing the Rockets to the Finals, and he may finally be in position—and have the surrounding cast—to do so. Kevin Durant is still tired of second place. Carmelo Anthony wants to give restless Knicks fans the ring they so crave. Kobe may need to play one-on-five every single night. The Spurs refuse to die. The Clippers—the Clippers!—are a legitimate title contender. Electrifying youngsters like Kyrie Irving, Paul George, Stephen Curry, John Wall and Damian Lillard are only getting better. The Nets are either going to be really good or really hilarious, and maybe both. I could go on for hours.

But here’s one more pretty great reason, perhaps the best of them all. Take it away, Waka:

The above tweet was sent in March, leading to my favorite collection of words in Chicago Tribune history: “Apparently, rapper Waka Flocka Flame became the latest to guarantee Rose’s return against the Heat, which led to Thibodeau getting asked if he knew him. ‘The rapper you’re talking about?’ Thibodeau said, smiling. Called out on if he truly knew of him, Thibodeau, who likely would listen to rap only if it got spliced in his game film, said he heard players talking about him. Told the rapper has a song called ‘Hard in Da Paint,’ Thibodeau didn’t miss a beat. ‘I’m for that,’ he said. ‘I like him more now.'”

The NBA is the best.

Of course, D-Rose was not returning to the floor in late March, and rapper/investigative reporter Waka Flocka Flame forever hung up his tape recorder and notebook shortly thereafter. But we’re here today to tell you that Waka’s prophecy has (belatedly) come true: Derrick Rose is now back, or is at least going to be very, very soon. #HolyShit!

Do you remember exactly how incredible it is to watch Derrick Rose play basketball? It’s been more than 16 months, so you’d be forgiven if you managed to forget about those high-flying, two-handed in-your-face hammer dunks. Or those twisty lay-ups, the ones where he disappears in between two outstretched big men, swirling around seemingly aimlessly until, at some point, the ball is blindly flicked up, somehow finding net—or backboard, then net—seconds later. Or those clock-winding-down, what-the-hell-is-about-to-happen jumpshots that appear to fall in only because the Chicago native wants them to go down so badly.

I spoke with Derrick in late August while he was out in Los Angeles gearing up for the year to come with trainer Rob McClanaghan and Kevin Love. He had just wrapped up a promotional tour through Europe with adidas, and was about to embark on a similar one with the company through Asia. Some quotes from our conversation are below…

On his health status:

“Right now I’m in training, and I’m getting a lot stronger. I gained 10 pounds of muscle. I don’t know how that’s going to carry over to how I play on the court, but I know it’s going to be very weird. I’m shooting a lot of shots right now, working with Rob, just putting memory back in my leg.”

On how his added muscle will affect him on the court:

“With me, I was always kind of strong, but the way that I play, I hit tricky lay-ups and all of that stuff because going to the hole in my neighborhood, they don’t call any fouls, so I was just used to hitting all types of shots. Now this year, I got a little more strength behind me, so I think going to the hole, taking those shots, I’ll be able to finish a lot stronger this year. There should be a lot more and-ones, hopefully.”

On the way his body changed during the recovery:

“I think I’m a lot quicker, a lot more explosive, and I think I’m gonna go this year without that many nagging injuries, just trying to prevent it by stretching and doing all the things I have to do to take care of my body. When you first come in the League and you’re talented and you’re athletic, you don’t care about stretching or anything. You just kind of go out there and overlook that stuff. But now it’s my sixth year, so you really have to look at that and take that more seriously so I can prevent all of the little injuries.”

On improving his jumpshot:

“I’ve been shooting a lot. A lot. Especially during the [’12-13] season, I’d go out there before games and shoot up a lot of shots. Now you add lifting weights and you’re shooting almost every day, your shot becomes easier, and your confidence grows, and with shooting, there’s nothing like confidence. So I think I’m gonna be a great shooter next year.”

On traveling through Europe and Asia this past summer:

“I went to some places that I’ve never been. Brought my son with me, so that experience was a great experience, just traveling with him, taking a lot of pictures with him. When he gets older I can show him the pictures.”

On goals he has headed into the season:

“It’s only one goal that I have, really my whole team has, and that’s to win a Championship. All the individual goals, of course we appreciate ‘em and we love to get ‘em, but our No. 1 goal is to go out there and play as hard as we can so that we can be raising that trophy at the end.”

On ignoring members of the media who were pushing him to return during the 2013 Playoffs:

“For me, I can care less about it. I knew that our team—whoever I had around me who spoke to me—as long as they were telling me the truth then I was comfortable with the decision that I made. I could care less about what people were saying about me.”

“That’s the ultimate stage for the beginning of the year. I missed the whole year last year, so for me to go out there and play against the best team in the League, with the players that they have, it’s gonna be the ultimate challenge in the beginning of the year. But I’m gonna take it as a regular game and just try to go out there and play hard.”

On returning slowly during the first few weeks of the season:

“The minutes part, Thibs will have to manage that, but I know he has a pretty good idea with how he’ll play me. But as far as hitting the ground running, I don’t think it’ll take me a long time to adjust, to the tell you the truth.”

Be sure to pick up the issue to check out the full story, which features a bunch more from my talk with the ’10-11 MVP, along with appearances from McClanaghan (who explained the advantage he believes all of Rose’s added muscle will provide) and Bulls GM Gar Forman (who noted the franchise was always behind its star point guard’s decision to take as much time off as he needed to fully recover).

As you can see below, we put Derrick up front with a quote that may read like athletespeak—”My only goal is to win a Championship”—but one we think holds weight considering the very-real possibility that it could actually happen. You can laugh it off if you’d like, but you recall the last time this dude made a bold statement on the front of our magazine, yes? Worked out pretty well for us both the first time; why can’t we go two-for-two?

Which is all to say, good news: After a one-month KICKS hiatus, SLAM is back. And after a one-season injury hiatus, Derrick Rose is back, too. #HolyShit.

Mag junkies may be saying the same thing when they open the issue. Thanks to our killer Creative Director, Melissa Brennan, this issue features a front-to-back redesign with new fonts, some new sections and an overall look that feels more modern and clean than I think SLAM ever has. What does this mean in layman’s terms? Your favorite mag is better than ever! We ring in this new era not just with Derrick, but also No. 1 pick Anthony Bennett, Elena Delle Donne, Paul George, HS phenoms Cliff Alexander and Jahlil Okafor, the NCAA’s all-time leading scorer and our annual College Preview. Enjoy.—Ben Osborne