Derrick Rose: ‘My Confidence Level is Through the Roof’ 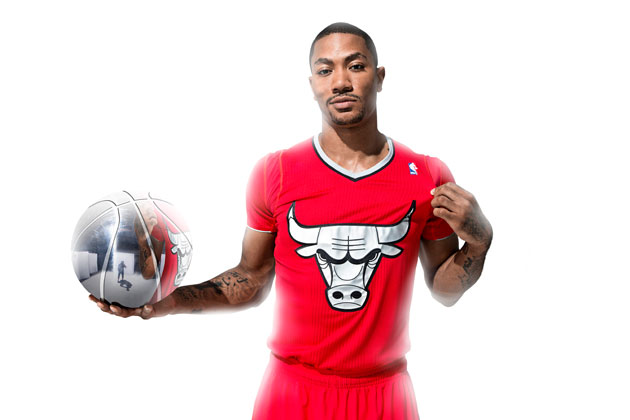 The cynic will point out that we heard much of the same thing last year, about how Derrick Rose was back to being his old, explosive self.

And then the 25-year old former NBA MVP hurt his knee again, and was out for yet another season.

Rose certainly hasn’t lost any of his trademark self-confidence. The Chicago Bulls superstar point guard looks great so far during Team USA’s minicamp in Las Vegas ahead of the FIBA World Cup of Basketball, and he says that he feels even better.

“I’ve been preparing for this for a long time,” he said. “It’s probably big for everyone else because they haven’t seen me. It’s kind of weird. People are kind of like in awe to even see me run down the floor, like I’m handicapped or something.

“This is only the beginning of a long journey. But my confidence level is through the roof.”

Eight months ago, Derrick Rose tore his right meniscus. 27 months prior to that, his left ACL snapped.

Rose insists that his injuries are behind him, and others are buying into his belief that he’s prepared to reclaim his lofty standing among the greats in the L. From the AP: