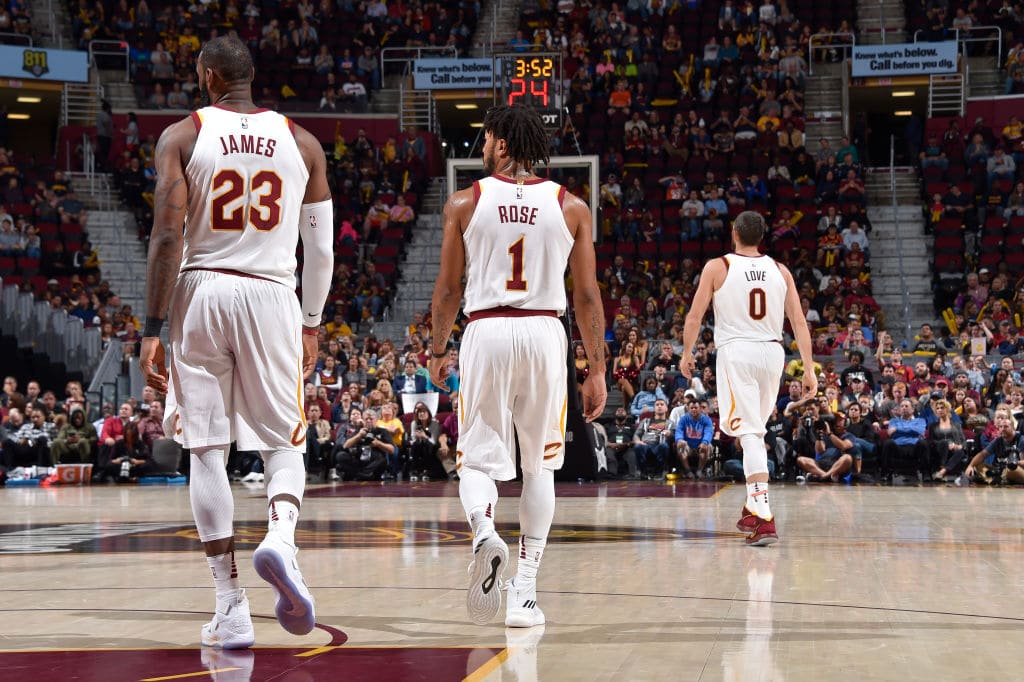 Derrick Rose swallowed his pride two summers ago, and inked a one-year deal with the Cleveland Cavaliers to play alongside LeBron James, an experience the former MVP found “super awkward.”

Rose says it was his “only way back” into the NBA.

"They just don't know me." — Former NBA MVP Derrick Rose opens up on overcoming injuries and adversity; awkwardness playing with LeBron; leaving Cavs/Knicks; Tom Thibodeau; and why "the game got a hold on me." https://t.co/I275JQxxMo

“Come on, man. It was super awkward, but that was my only way back.”

The 30-year-old guard lasted just 16 games with the Cavs—averaging 9.8 points in 19.3 minutes per game—and has since regained his mojo with the Minnesota Timberwolves:

“It’s relaxing now, bro. It was a different league when I was doing that. It was just different. You can’t do it by yourself anymore. Coming here, I think coming off the bench and Thibs uses me for offense, defense. Him having that confidence in me to throw me out there and say, ‘You’re going to stick DeMar (DeRozan), you’re going to stick this person.’ I’m all for it just to show the young guys how to succeed.

“I don’t look back. Coming here, I don’t have to look back, dude. I got Lu (Luol Deng) here, I got Taj (Gibson) here, I got Jimmy (Butler) here. I feel like I’m a different player. To adapt to this league now, you got to be able to shoot, period. I feel my game is more controlled and I have better pace to my game. I’m not out of control and reckless. I’ve matured as a player, but it’s going to take the public seeing me more and seeing the team win more.”

Related
Tom Thibodeau: Healthy Derrick Rose ‘One of the Best Players in the League’