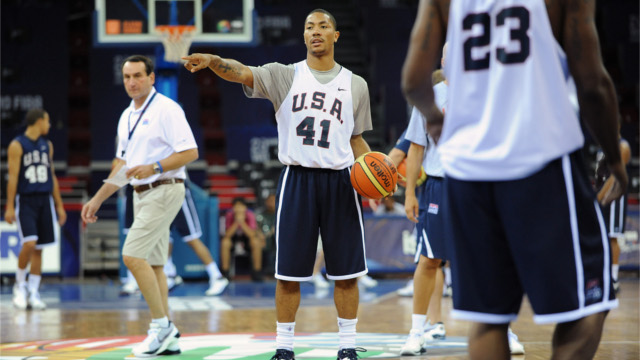 Rose’s status for Wednesday’s exhibition against the Dominican Republic at Madison Square Garden (7 p.m. ET, NBA TV) hasn’t been determined. He started at point guard against Brazil on Saturday and should do the same when the World Cup begins on Aug. 30, but if he plays Wednesday, he could be coming off the bench.

“Chances are he won’t [start],” USA Basketball managing director Jerry Colangelo said Tuesday, “because the rule is if you don’t practice the day before, you don’t start.” […] That rule “is just kind of an informal thing,” Colangelo added.

Asked if he knew if he would be playing Wednesday, Rose said, “Hopefully, I am. … Today was just another rest day,” he added, saying that it wasn’t planned. “I’m just seeing how I feel every day. There’s nothing wrong with rest. It’s not like it’s the season, so I’m not worried about it.”