Desmond Mason To The Line… 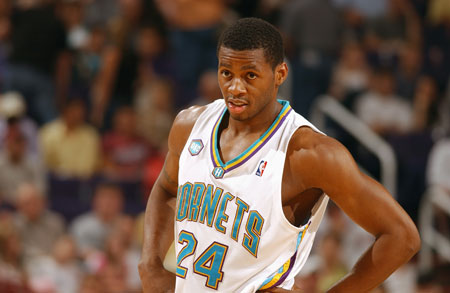 The Hawks announcers hushed, and Steve Smith warned everyone at home to watch closely. It’s not every day, after all, that you see a free throw form as ugly as Mason’s. Smitty accurately noted that with Mason’s awkward release, it appeared that Mason had “a charley horse in his chest.”

For his second attempt, Smitty narrated Mason’s release by making a series of squeaking sounds, like the Tin Man trying to move before being properly oiled up.

For all that Youtube.com is good for, finding video of Desmond Mason shooting free throws isn’t one of those things.

Anyone got a link to video of this? No real reason, just think we should save this for posterity’s sake.