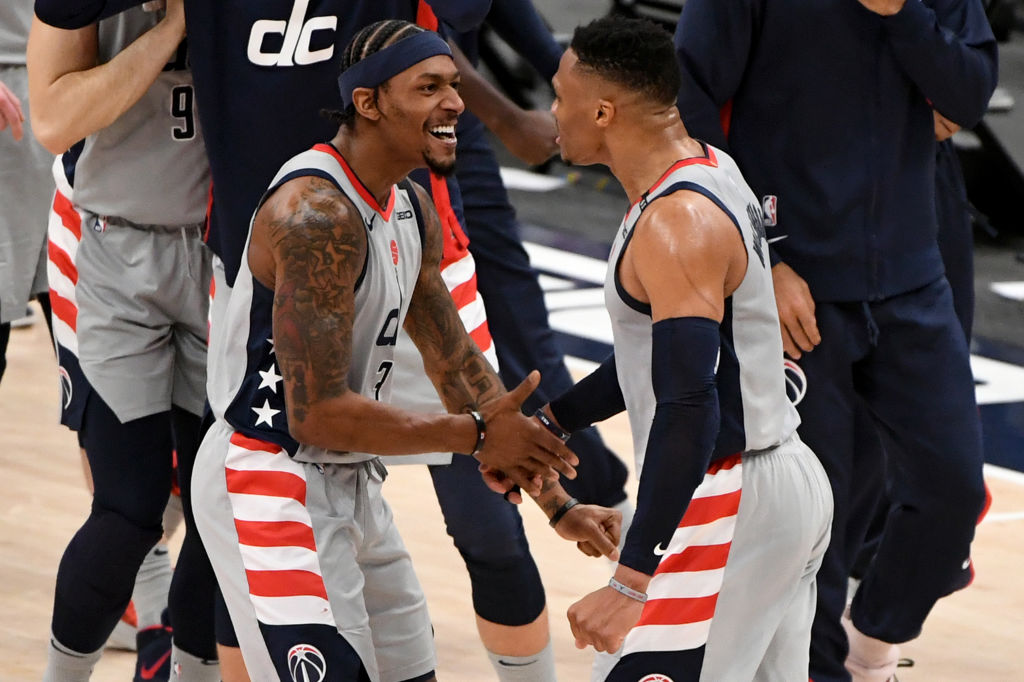 Washington Wizards guard Bradley Beal’s name continues to come up in trade rumors, yet it appears as though he hasn’t formally requested a trade like fellow NBA stars James Harden and Russell Westbrook.

Beal also hasn’t revealed whether or not he would prefer to continue his career with another franchise. In fact, Beal has said the complete opposite, stating that he would like to ride out the tough times with Washington and to retire with the Wizards.

“I hate change,” Beal would say.

The Wizards are 4-12, the worst record in the NBA. Washington’s former face of the franchise, John Wall, was dealt to the Houston Rockets after a 10-year roller coaster ride in D.C. Their team was so bad last season that, despite averaging a career-high 30.5 points per game, he was left off the All-Star team in what was widely considered a snub.

Yet, Beal’s stance hasn’t changed, as The Athletic’s Shams Charania and Fred Katz report that Beal has recently expressed his wish to remain in Washington.

He is privately frustrated and confused with the perpetual portrayal of his situation, according to sources familiar with his thinking. After seeing other players take criticism for requesting to leave teams, those sources say Beal feels he’s getting nitpicked for choosing to stay in D.C., where he began his NBA career in 2012.

Regardless of Beal’s inclination to remain with the Wizards, expect his name to continue to surface in rumors until the March 25 trade deadline and beyond.

That said, with the Superteam Era in the NBA coming to an abrupt halt, Beal —like two-time MVP Giannis Antetokounmpo—could revive the brand of team loyalty made popular by players like Kobe Bryant and Dirk Nowitzki.

After all, Beal is said to be “infatuated” by Nowitzki’s sole title in Dallas, where he played for 21 seasons.