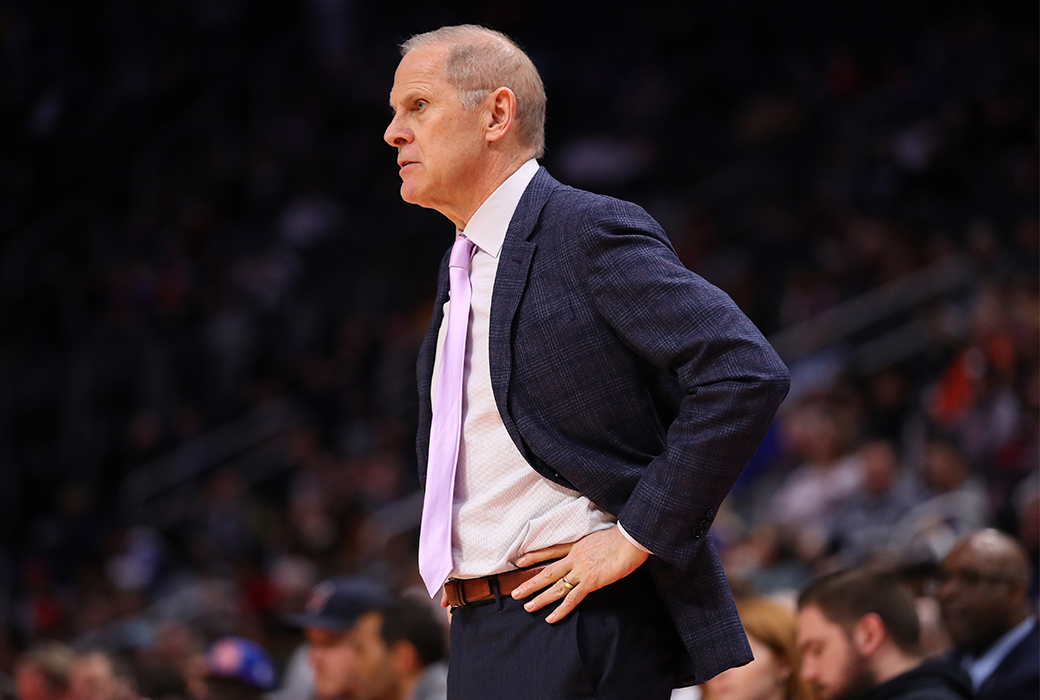 The Detroit Pistons added to their coaching staff this week by hiring John Beilein as their newest senior advisor for player development on Wednesday. The Pistons plan to use Beilein’s massive basketball knowledge to help continue the franchise’s youth movement by helping the young team “maximize its potential.”

Official: The Detroit #Pistons announced today that the club has named @JohnBeilein as senior advisor/player development.

Pistons owner Tom Gores gave a lot of credit to head coach Dwane Casey for the decision to add the 68-year-old Beilein to his staff, via NBA.com.

“There is nothing more important to our franchise right now than the growth and development of our players,” Gores said. “Having spent time with John, we all know he is one of the best teachers in the game of basketball at any level. Dwane’s decision and desire to bring him on board underscores our commitment to helping this young Pistons team maximize its potential. John will be a real asset to the organization and we are fortunate to have him join us.”

This is considered a major coup for General Manager, Troy Weaver. Both Casey and Beilein were considered finalists for the coaching vacancy left by Stan Van Gundy couple of seasons ago.

It’s a homecoming of sorts for Beilein as he spent 12 seasons at the University of Michigan, leading them to a 278-150 record with nine trips to the NCAA Tournament. That includes five trips to the Sweet 16 and two national championship game appearances.

After a very successful campaign in college, Beilein was hired as head coach of the Cleveland Cavaliers before the 2019-20 season as the franchise made its transition from the LeBron James “Championship or bust” era.

The Detroit Pistons will have a top-six pick in the upcoming lottery.