The Detroit Pistons win their sixth straight game, while the Phoenix Suns get their revenge. 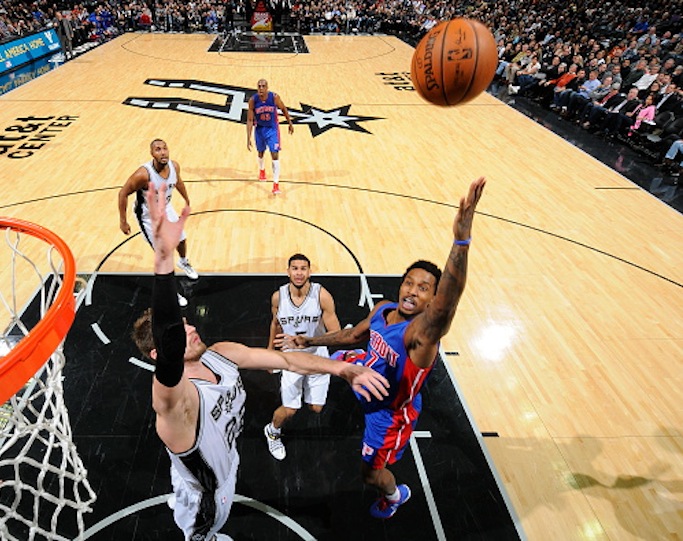 When these two teams played all the way back in 2014, this happened:

But it’s a new year, and the Suns were not about to let the game go down like that again. Markieff Morris made sure of it with his 26-point, 10-rebound double-double. Eric Bledsoe added his own double-double with 10 points and 10 assists to secure a road win for Phoenix over the hometown Bucks. Despite falling behind by 10 points in the second quarter, the Suns continued to push in the second half. After finishing the third quarter in a 28-28 split, the Suns outscored the Bucks 31-24 in the fourth to finish them off.

Brandon Knight was the high scorer for Milwaukee with 26 points and 4 assists, and Giannis Antetokounmpo added a 16-point, 12-board double-double. While that wasn’t enough to hold off the vengeful Suns, you can still see them both in this cool play:

Motor City is kind of on a run. Last night on the home floor of the defending NBA Champions, the Detroit Pistons overcame an 18-point deficit to win their sixth game in a row.

Brandon Jennings’ (13 points and 7 assists) last-second heroics can be credited for the final two points that put the Pistons on top. With 7.9 seconds remaining in the game and down a single point, the Spurs had to throw the ball inbounds. But it ended up being a turnover and Drummond added a steal to his stat line, and Jennings banked it in at the buzzer:

The Spurs had seven players in double-figures, led by Jeff Ayres with 16, but that 17th turnover on the inbounds pass in the final seconds was what buried them.