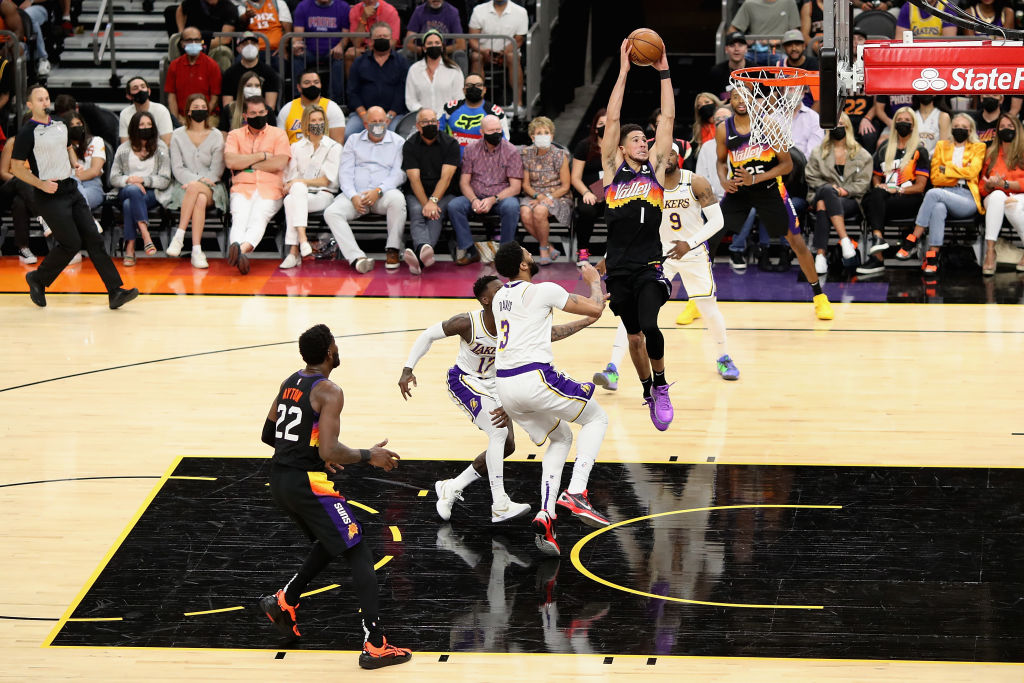 Devin Booker has been one of the best young players in the NBA for quite some time. From his 70-point game in 2017 to earning back-to-back NBA All-Star nods, his six-year career has been impressive.

The one knock on Booker has always been his lack of winning. While that doesn’t fall completely on him, the Phoenix Suns had missed the postseason in each of his first five NBA seasons.

Now in year six, Booker has made his playoff debut. On Sunday night against the Los Angeles Lakers, he was the best player on the floor in their win, notching 34 points, eight assists and seven rebounds in his first ever postseason matchup.

Prior to this game, Booker had been building onto an NBA record with a streak that he would be happy to end. He had produced 9,395 regular season points without a playoff appearance.

Now, with the streak being broken, Booker still holds the record but no longer will raise the bar.

Known for being one of the most deadly scorers in the league, the 24-year-old should have many more playoff appearances in his future.