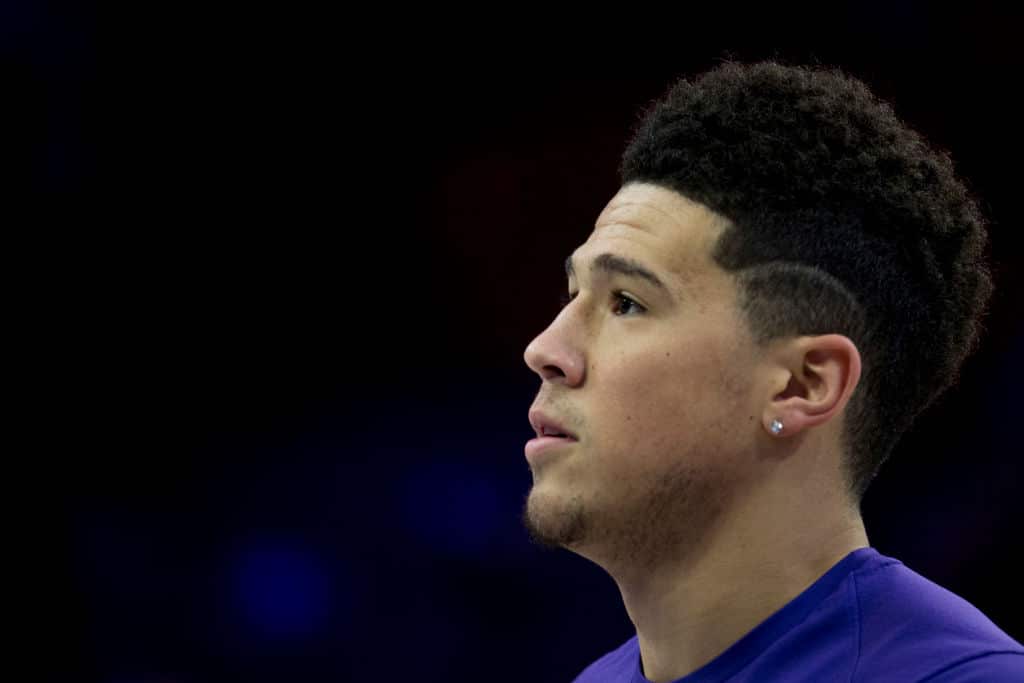 UPDATE: Devin Booker is expected to miss between 2-3 weeks due to a left adductor strain, the Phoenix Suns announced Wednesday.

Original story: Devin Booker‘s teammates carried him off the floor Tuesday night in Toronto after he injured his groin late in the fourth quarter.

The Suns announced that the 21-year-old suffered a strained left adductor, and that further tests will be conducted once he’s back in Phoenix.

.@Suns Injury Update: Devin Booker has a strained left adductor. He will be further evaluated when the team returns to Phoenix

“It’s tough,” Suns center Greg Monroe said.” He’s obviously one of the great young players in this league. He’s having an outstanding year right now, so you definitely don’t want to see him get injured.”

“Any time you have to get carried off it’s always a scare, especially someone like him and how valuable he is to our team,” Suns forward Jared Dudley said.