D-Book is a superstar in the making. 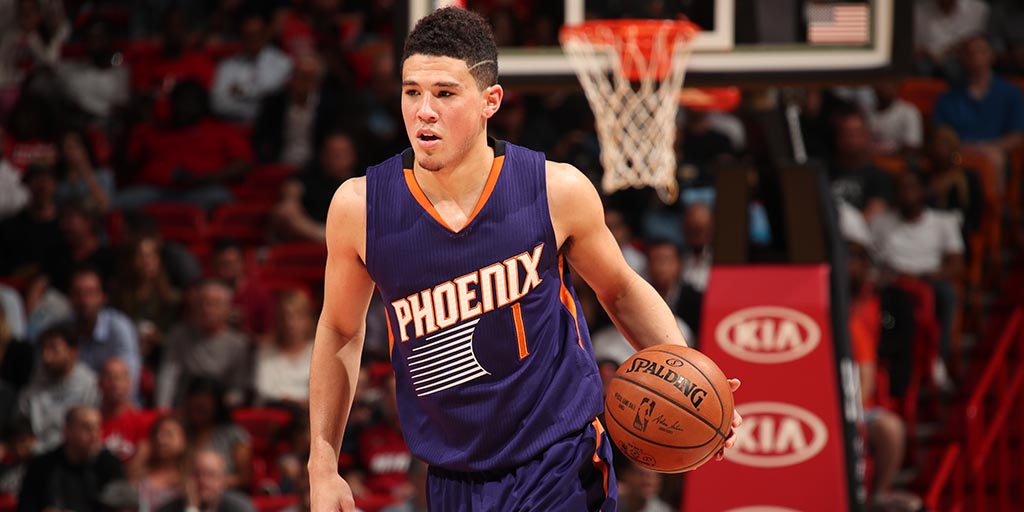 Not long after Devin Armani Booker became just sixth player in NBA history to drop 70 points in a game (and the youngest player to ever do so), people began to viciously pick apart his game.

Some critics painted Booker as a player who can do little more than put the ball in the basket. Some numbers will support the claim, too.

These critiques are a rite of passage for rising stars in the NBA. People will try to knock you down while you’re on the way up.

Let’s hold off on the empirical argument for a moment, and listen to what future Hall of Famers are saying about Book.

“I love Devin Booker, man. He love the game and he like a dog. He’ll talk shit. He’ll, like, rough you up.

“He’ll get up into you. You better watch out for that boy because he is nice. He next—I’m telling you.”

And after a rookie Booker dropped 34 points on Dwyane Wade, Wade called Book “one of the future [top] 2-guards in this League.”

His superstar peers show nothing but love. But still, you say the numbers don’t lie.

But that’s not all.

According to Reddit’s u/GetLowwweee, of the 11 players in history to have averaged 20 ppg at age 20, Booker ranked last in PER, combined SPG and BPG, win share percentage and total rebound percentage.

That’s got to mean something, right?

Well, based on his career so far, Booker’s most favorable comparison is to Bradley Beal (according to FiveThirtyEight’s CARMELO projections), who is looking like a perennial All-Star.

Booker may never be a good rebounder or rack-up steals and blocks, but neither does Beal, and yet Beal is widely considered an elite two-way wing.

And let’s not forget the things that stats can’t quantify. All-important things such as drive, effort and basketball IQ, which Booker has in mass quantities.

The tanking and lineup fluctuations in Phoenix are not ideal for Booker’s development. But with any luck, rookie Josh Jackson will emerge as another core player and provide the franchise with some direction.

But back to the numbers.

All without much of a system in place and a franchise in full tank mode.

Go ahead and pick apart Devin Booker’s flaws. Chances are he’s already two steps ahead, finding ways to get better.


Rankings are based on expected contribution in 2017-18—to players’ team, the NBA and the game.