Did J.R. Smith Show Up the Kings? 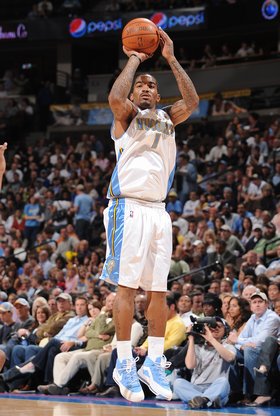 Smith torched the woeful Sacramento Kings last night, setting a new club record by dropping in 11 three-pointers, on his way to 45 points.

Though J.R. was predictably all smiles following the game, members of the losing team were more than a little steamed. None more so than the ever-proud Bobby Jackson.

“That’s not being professional,” Kings guard Bobby Jackson said. “At the end of a game, if a guy’s hot, you’re already up by 20, sub him out. Get somebody else in there. You just can’t do things like that. This league is not about that. It’s like they wanted to embarrass us and put on a show. You’ve got to be respectable. You’ve got to respect this game. That’s not respecting the game.”

Tuesday, after a Smith 3-pointer gave Denver a 100-83 advantage with 6:55 left in the fourth, he tried seven more 3-point attempts. He made three, missed two and was fouled on the other two, making all six free throws. One came with 32.9 seconds left and the Nuggets up by 20.

“He played well tonight,” Jackson said. “Why let him continue to do that? If we were a dirty team, we could have taken him out of the game, and going into the playoffs, what are you going to have? Most teams aren’t going to let you do that to them. At the end of the day, he’s going to shoot the ball every time he gets it. I think it’s upon the coach to take him out the game. He’s already at 30 points. There was no way we were going to come back.”

There’s no doubt that Smith was gunning for the team record, something he probably should’ve given a rest with his team already up by 20 with under a minute remaining.

With the postseason a few days away, the Nuggets should be thankful that nothing erupted between the two teams as a result of Smith’s onslaught. 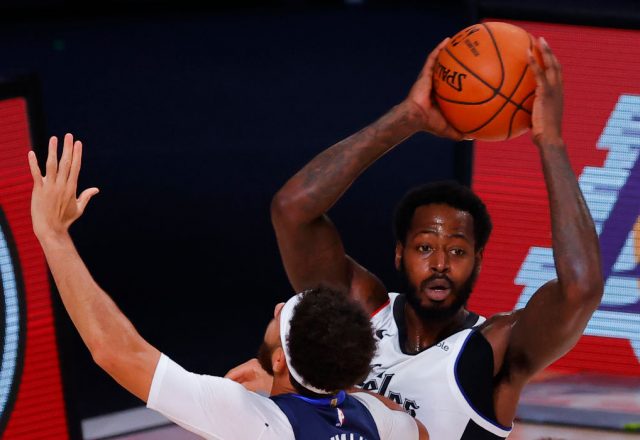