Did ‘Zo Retire or Not? 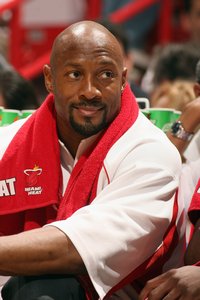 It’s kinda hard to tell, to be honest with you.

Yesterday, Alonzo Mourning basically announced that his career had come to an end, an announcement that surprised absolutely no one. Well, maybe it did surprise some people: Namely, the team he was playing for.

It turns out that the Miami Heat weren’t ready to officially say goodbye to their big man.

In an interview on the team Web site, Mourning said: “Yes. I’m retired. This is it for me.” The Heat, however, said the report was premature and removed the Q&A.

“A mistake was made and it’s not an accurate story and it’s been pulled, with our apologies,” Heat spokesman Tim Donovan said.

This is hilarious: What mistake was made exactly? That Alonzo announced his intentions before you had finished planning a big ceremony in front of the home fans for him? Good grief.