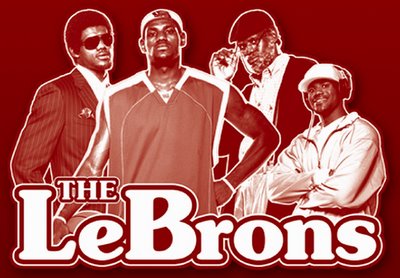 What the hell, might as well add my 10 cents.

1. Amare Stoudemire. Obviously he isn’t the same. Not saying that he won’t get back to what he once was, but as time continues to pass, it becomes less and less likely. Microfracture surgery, it’s a bitch. I think the lesson everyone has to take from this is just how important fundamentals are. Kids especially need to take note—no matter how athletically dominant you are, work on that mid-range jumper and floor game. Even if you can jump over anyone guarding you, get your footwork right. Because you just never know. Amare might need one of those Larry Johnson-type game reinventions. I just hope he can do it.

2. The Knicks will NOT make the playoffs. As my main man Snoop Dogg may have once said, “you can’t make a ho a housewife.” And you can’t make a team of overpaid, self-centered, underachievers into the Detroit Pistons. The Knicks are the poster children of the current NBA era—why bother putting in the work to become a superstar when you’re already getting paid like one? What possible incentive could Eddy Curry have to get in shape, or Stephon Marbury to trust his teammates, or Jamal Crawford to put a little more thought into his shot selection, or anyone but David Lee and Renaldo Balkman to move without the ball or actually chase down rebounds? Sure, they’ll do better than last season. That’s a given. But the playoffs? Playoffs? Riiiiight.

3. Da Bulls. FINALLY. Took damn near a decade since Mike left town, but there’s finally a team worth watching in the Windy City again. The past two years were prologue, now the story has really begun. (Side note: While I wouldn’t have thought the Heat would roll over and die quite that badly, I definitely think they’ll be worse than they were last year. Shaq’s old, Dwyane is reportedly tired (heard that one enough, thanks), and guys like ‘Toine, GP and Jason Williams are probably more than content with one title. It’ll be amazing if Riley sticks around all year.)

4. I don’t know if Kobe’s the best all-around player in the League (I’m giving LeBron the edge based on his unselfishness), but he sure is the best dressed.

5. That new LeBrons commercial is the best Nike commercial since the Fun Police. Whoever came up with it is a freakin’ genius. And if this whole basketball thing doesn’t work out for LeBron, dude can act. Like, REALLY act.

6. Speaking about commercials, how many is Dwyane Wade in? I think I saw him more when the game WASN’T on last night.

7. Barring major injury issues, the San Antonio Spurs will win the 2007 NBA title. The Bulls aren’t quite ready, the Pistons and Heat are worse, and the Spurs simply won’t lose to the Mavericks again. And Tim Duncan is hearing all this best player stuff and shaking his metal head. Spurs over Bulls in six.

8. Tell the truth. When you heard about Stephen Jackson bucking those shots, your first thought was “wow, maybe Ron Artest wasn’t the craziest guy on the Pacers after all!” Add in Marquis Daniels (who once came out of the locker room with diamond and platinum fronts on the top AND bottom) and Jamal Tinsley, who’s had more adventures off the court than on it, and you gotta wonder what exactly Larry Bird and Donnie Walsh look for in free agents. Thug life.

9. I like the adidas “It Takes Five” (or whatever) commercials, but I’d like a healthy Tracy McGrady better. Can we get 82, Mac? Please? (Also, anyone else think the best player adidas has isn’t even in that commercial? Dwight Howard, anyone?)
10. Not that it would have made a lick of difference in the standings or anything, but I’m still very disappointed that Paul Shirley didn’t make the Timberwolves.