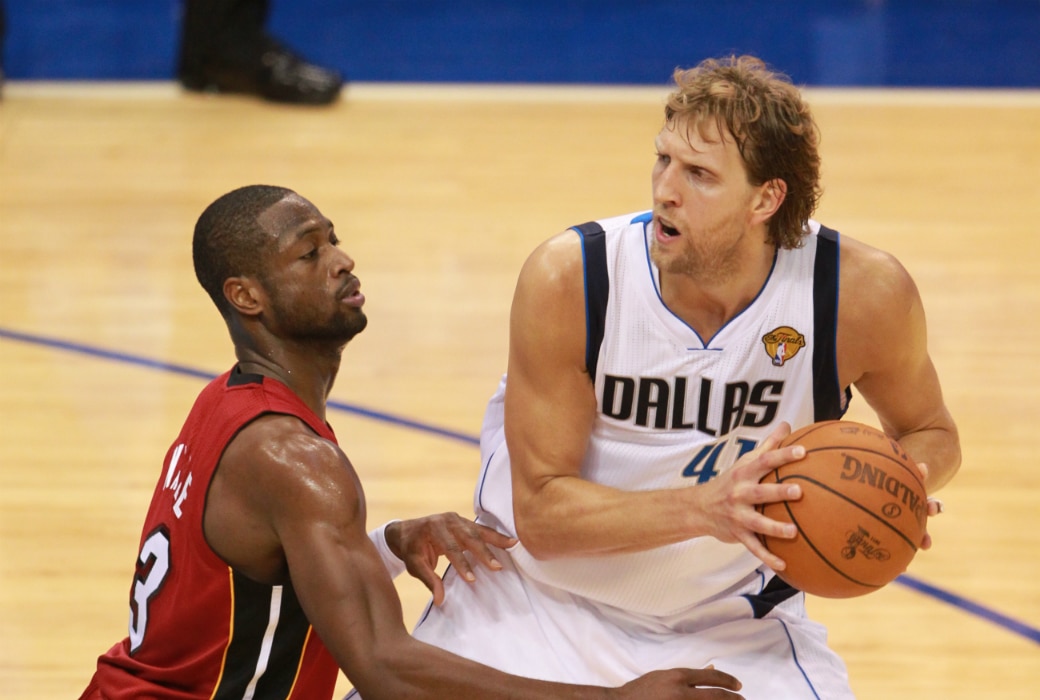 In a classy move, NBA commissioner Adam Silver announced that Mavericks forward Dirk Nowitzki and Heat guard Dwyane Wade have been named as special team roster additions for the 2019 All-Star game in Charlotte.

“Dirk Nowitzki and Dwyane Wade embody the best of the NBA: remarkable skill, drive and professionalism as well as a deep devotion to strengthening their communities and growing the game around the world,” said Silver. “As a global celebration of basketball, our All-Star Game is an ideal setting to salute these first-class NBA champions and Finals MVPs.”

Nowitzki and Wade will be selected as 13th men in a new third round of the All-Star draft.

Wade, 37, has already announced this season will be his last ride before he retires, and while Dirk has yet to make such a statement, it’s widely expected this will be the 40-year-olds final season as well.

The two NBA legends have combined for four championships, 25 All-Star appearances and 20 All-NBA nods throughout their illustrious careers.

Salute to the NBA for respecting these greats.