Dirk Nowitzki to Play for Germany in Eurobasket 2015 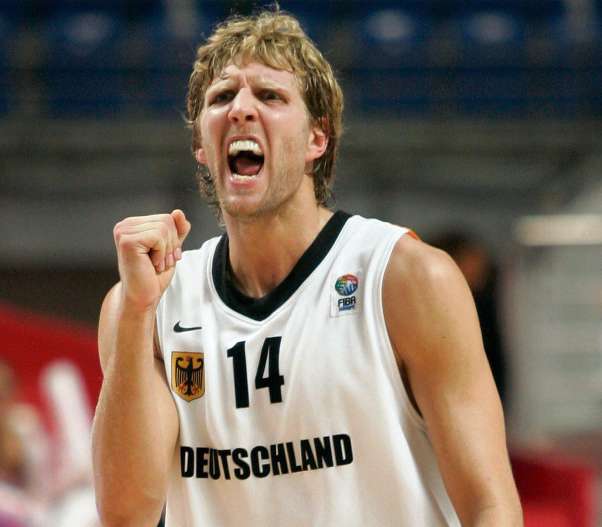 Mark Cuban is probably not thrilled—Dirk Nowitzki announced Thursday that he’ll suit up for the German national hoops team this September during the EuroBasket 2015 tournament.

Nowitzki, turning 37 later this month, says this will mark his second farewell to international play.

Dirk had retired from national team duties back in 2011, but with his home country hosting the tourney, he couldn’t turn the opportunity down.

Nowitzki, who turns 37 on June 19, took to the stage at a press conference of German Basketball Federation (DBB) sponsor ING-DiBa in Frankfurt and announced he had finally made up his mind on the issue thousands of Germans had asked him about throughout the year.

“I’ve chosen to be in Berlin,” the legendary German forward said to sighs of relief from everyone in attendance. “I’ve had the whole month of May and used it to gain some distance and enjoy family time. Of course, I also have consulted the matter with my wife. But a EuroBasket in our home country is a huge thing and I look forward to it, I thought it would be a great way to conclude my national team career.”

“If it [the EuroBasket] was anywhere else, at the age of 37, it probably wouldt have been a no-go for me. But when I heard that EuroBasket would be played in Berlin, a great basketball city, it was something I had dreamt about. […] Like every year, the DBB let me take my decision after the NBA season and, in the end, the national team was lucky that we [Dallas Mavericks] lost so early,” Dirk added with his trademark self-deprecating humour.