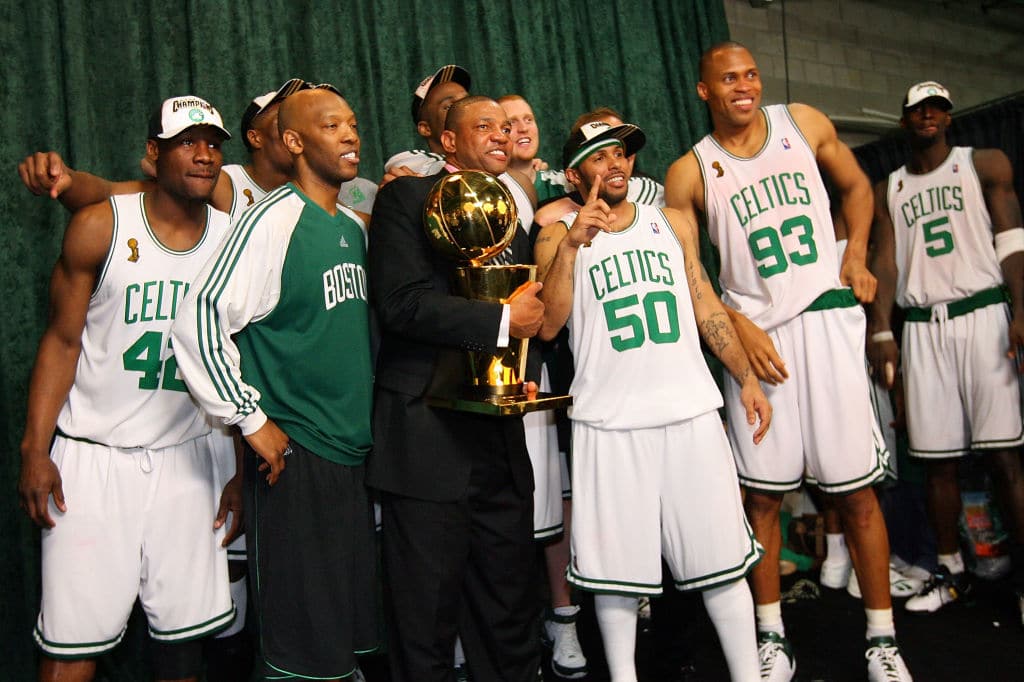 Doc Rivers believes the 2008 Boston Celtics would beat any of today’s teams—including his re-tooled LA Clippers—largely because of the “mental toughness of that group.”

Rivers argues that present-day teams aren’t nearly as deep as the C’s were back then.

Doc adds that the ’08 squad, which won a single championship but featured three Hall of Famers, will be ultimately vindicated by history.

“I think so, and it’s because of the mental toughness of that group,” said Rivers. “That was a very skilled, very deep team, and the depth made them so special.

“When you think of the Celtics, you think of ‘The Big Three’ [Paul Pierce, Garnett, and Allen], but that doesn’t include [Rajon] Rondo or Perk [Kendrick Perkins], who were both phenomenal players, or Eddie House, Tony Allen, James Posey, PJ Brown, Big Baby [Glen Davis], and Leon Powe. That was a deep basketball team. Teams aren’t as deep now. But I also believe that every team that’s won an NBA title can compete. Each team may be different, but there is a certain quality about championship teams that separate them from everyone else. Our 2008 group is another example of that.”

Rivers agreed that there is no 2020 basketball equivalent to Kevin Garnett.

“Kevin Garnett is the greatest superstar team-builder that I’ve seen in the history of the game,” said Rivers. “He always considered the team before any action that he took on or off the floor, and for that to also be your superstar player is unusual. Kevin Garnett, like Tom Brady, is a culture-builder. When you have a guy like that, you’re going to win. Kevin is one of the greatest of all-time, but he’d be the last one to tell you.

“He was in the right mental place to win in Boston, as were Paul and Ray. They’d already done so many other things in their careers, but the one thing that stood out was something they couldn’t buy, something they couldn’t do alone. In order to do this, they had to come together as a group. Kevin really understood that, and he was willing to sacrifice anything for that, including his numbers and his fame.”